Constitution Day 2021: Significance, history, and all you need to know 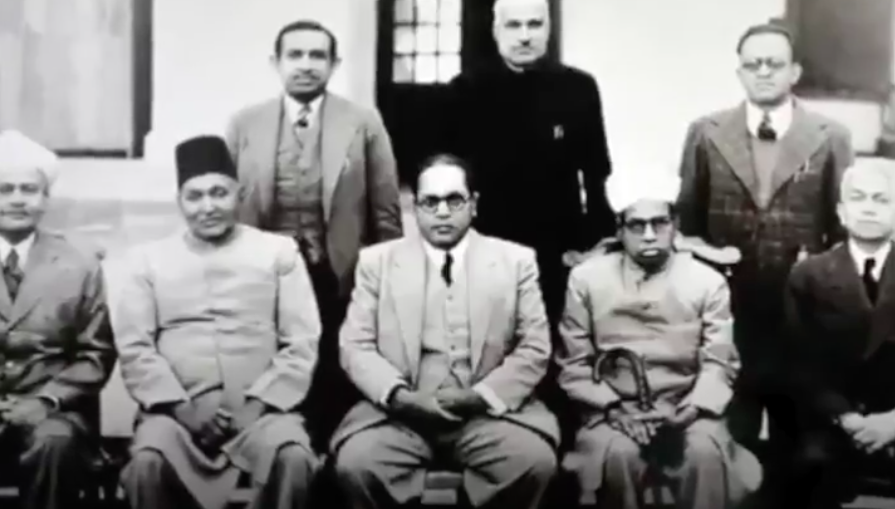 Dr. BR Ambedkar (centre) and his team that drafted the Indian Constitution |

26 November is celebrated as Constitution Day or Samvidhan Diwas in India. The day is also known as National Law Day.

It was on this day in 1949 that the Indian Constitution was adopted by the constituent assembly, and, thereafter, came into force on January 26, 1950, marking the beginning of India as a republic.

The Constituent Assembly of India was elected to write the Constitution of India. Following India's independence from the British Government in 1947, its members served as the nation's first Parliament.

2015 was the 125th birth anniversary year of B. R. Ambedkar (14 April 1891), who is known as the father of the Indian constitution, the government decided to celebrate the year in a big way.

Thus the Centre in 2015 declared November 26 as the Constitution Day. The Ministry of Social Justice and Empowerment on 19 November 2015, notified the decision of the Government of India to celebrate 26 November as 'Constitution Day'.

The day is celebrated to promote Constitution values among citizens. FPJ Explains: What is the difference between Constitution Day, Independence Day and Republic Day?