"While millions have been pushed below the poverty line, the poor can’t even eat today," Congress spokesperson Pawan Khera had said earlier.
FPJ Web Desk 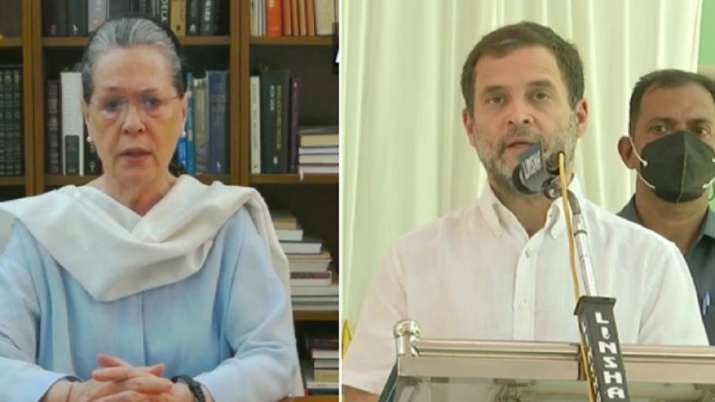 Against the rising inflation in the country, the Congress has decided to organize a 'mehengai hatao' rally in Delhi on Dec 12th. According to the party officials, patry's interim president Sonia Gandhi and party er rahul Gandhi will lead and address the rally.

The decision comes after the Congress announced a mega rally in Delhi earlier this week during the parliament session as the culmination of its Jan Jagran Abhiyan against price rise.

"While millions have been pushed below the poverty line, the poor can’t even eat today," Congress spokesperson Pawan Khera had said earlier.

The Congress held a news conference on Tuesday to highlight the high prices of essential commodities and argued that the BJP created “non-issues” only to divert attention from the people’s sufferings.

Referring to the increase in mobile phone and data tariff, Priyanka Gandhi Vadra tweeted: "There is nothing that hasn’t become costlier in the Narendra Modi regime. From aata (flour) to data, life insurance to textile, footwear and vegetables. Those who sang ‘bahut hui mehngai ki maar’ are now attacking the people with price rise every day."

Congress has been very critical of the Centre since the beginning, however, it has started to put pressure in the BJP-led government since the rise in the food prices and duel prices in the country in the last 6 months.