HomeIndiaCongress Presidential polls: 'Will not be taking any sides in elections,' says Sonia Gandhi after meeting Ashok Gehlot

Congress Presidential polls: 'Will not be taking any sides in elections,' says Sonia Gandhi after meeting Ashok Gehlot

After meeting Rajasthan Chief Minister Ashok Gehlot, Sonia Gandhi on Wednesday said that she will not be taking any sides in elections for Congress president. Gehlot's meeting with Sonia after the former indicated that he may enter the AICC presidential poll fray.

According to NDTV report, KC Venugopal said that the interim Congress president has indicated to Ashok Gehlot that the elections should be neutral and there will be no endorsement of any candidate.

"This has been conveyed, I cannot say about who will contest,"he added.

Talking to reporters after landing here from Jaipur, Gehlot, in a clear indication that he could throw his hat in the ring for the Congress presidential poll, said he will file his nomination if the party people wish so and fulfil any responsibility given to him. 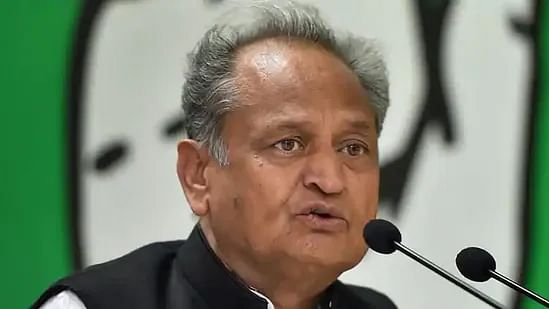 However, he also said he will make a last-ditch effort to convince Rahul Gandhi to take up the party president's post.

Gehlot said he will take decisions with which the Congress is strengthened.

"The party and the high-command have given me everything. I have been on posts for 40-50 years. For me, no post is important, I will fulfil any responsibility given to me," he said.

The meeting between Gehlot and Sonia Gandhi comes just a day before the Congress's central election authority would issue a notification for the All India Congress Committee (AICC) presidential poll.

After more than two decades, the Congress is likely to see a contest for the post of its chief, with Shashi Tharoor looking set to enter the fray after his meeting with Sonia Gandhi and Gehlot indicating that he will throw his hat in the ring if Rahul Gandhi does not agree to take on the party's reins.

The process of filing nominations for the election will be held from September 24 to September 30.