Twitter spats between Chief Ministers appear to have become the theme of the day, as Delhi's Arvind Kejriwal took on Goa's Pramod Sawant on Tuesday hours after a not-so-amicable exchange between Assam Chief Minister Himanta Biswa Sarma and his Mizoram counterpart Zoramthanga. The AAP leader appeared to be defending a recent remark made by Delhi Power Minister Satyender Jain that had since provoked outrage.

On Monday, Jain had termed politicians in Goa "third class", inviting a sharp reaction from Sawant. While participating in a public debate with his counterpart Nilesh Cabral, the AAP leader had appealed to people to elect "first class" politicians during the Assembly elections, due next year.

Taking to Twitter, Sawant had said on Monday that it was "unacceptable" for AAP to "come to Goa and insult our leaders". Accusing the party of indulging in "cheap politics", he said that the recent remarks were an insult to sons-of-soil like late Manohar Parrikar and Jack Sequeira.

"AAP has always indulged in cheap politics through constant protests and theatrics. But to say Goans are third class politicians, is an insult to great sons-of-the-soil like Bhausaheb Bandodkar, Jack Sequeira, Manohar Bhai Parrikar, Rajendra Arlekar or Shripad Bhau Naik," he tweeted. 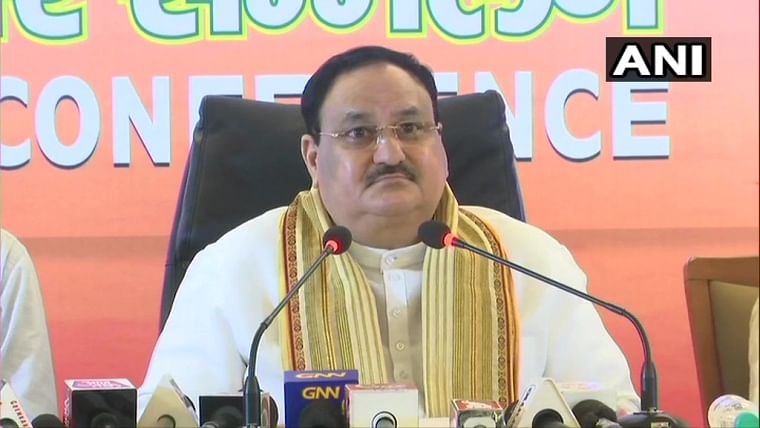 'Going forward with Pramod Sawant as CM face': BJP chief JP Nadda during his Goa visit ahead of 2022...

Kejriwal was quick to defend his fellow party leader. "Pramodbab, by comparing present set of politicians to such political greats, you are insulting them. Current BJP neither has the greatness of Bhausaheb Bandodkar, integrity of Dr. Jack Sequeira or vision of Manohar Parrikar," he tweeted.