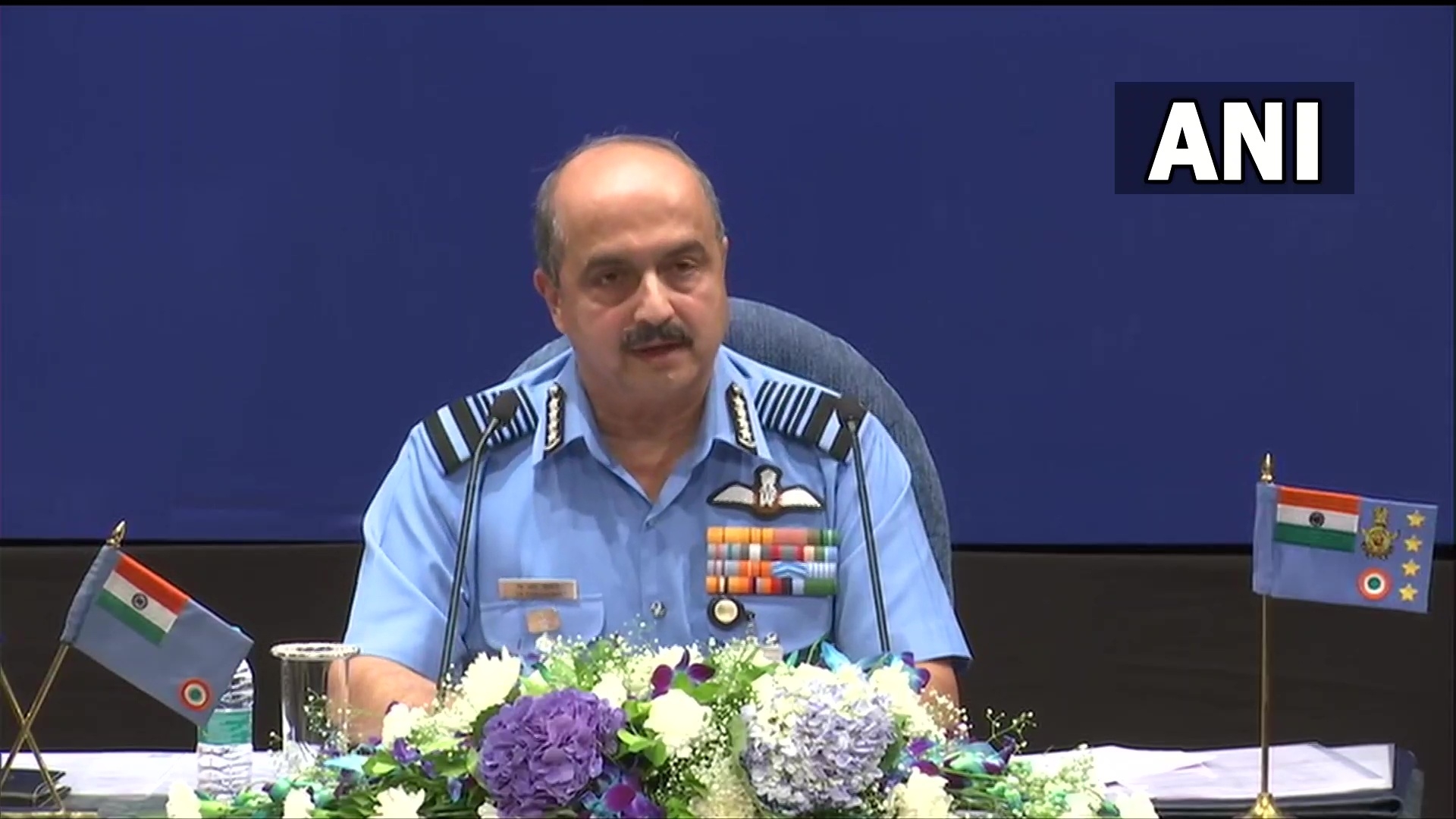 New Delhi: The Indian Air Force (IAF) chief Air Chief Marshal VR Chaudhari on Tuesday said that the Chinese Air Force is still present on three air bases on their side of the Line of Actual Control (LAC) and assured that the IAF is fully deployed and prepared.

Addressing the media on the 89th anniversary of the force, the Air Chief Marshal said, "The situation on the Line of Actual Control is that the Chinese Air Force is still present on three air bases on their side of the LAC. We are fully deployed and prepared on our side." On being asked about Chinese Air Force capabilities near Ladakh, he said China's capability to launch multiple high altitude missions would remain weak.

Chaudhari also said that the induction of Rafale, Apaches have significantly added to our combat potential.

He said that the IAF is in the process of new combat systems to ensure that we retain an edge over our adversaries "The induction of Rafale, Apaches have significantly added to our combat potential. Our offensive strike capability has become even more potent with the integration of new weapons on our fleets," said IAF Chief.

He further added that we have hardened our networks to avoid cyber attacks. Adequate safeguards are being taken to protect our critical infrastructure.

IAF is keen on integration amongst the Armed Forces. The joint planning and execution of operations by the three Services will result in a maximum increase in our net combat capability, he added.

An ace fighter pilot, he was earlier in charge of the Ladakh sector during the peak of the crisis with China.