Raipur: Registrar of Chhattisgarh’s highly reputed Kalinga Private University was alleged of humiliating and slapping a student of Schedule Class (SC) and Schedule Tribe (ST). The group of students belonging to SC and ST category staged demonstrations in the varsity campus against the action of Dr. Gandhi and tried to obstruct the functioning of the university on Friday.

The stand-off between both the parties diffused with the police intervention. Meanwhile, both sides filed complaints in the police station against each other.

While speaking to FPJ over phone, Dr. Gandhi said, one of the ex-student Robin, who was asking for readmission in the University misbehaved with our female administration staff and his friend illegally recorded a video clip two days ago. As an administrative head and when I was informed about the incident I intervened and reprimanded them. I also warned them not to do so, Dr. Gandhi said.

Dr. Gandhi said, after admission was denied initially, one of the guys slept in-front of my car. Meanwhile, the second kept on filming and when I prohibited them to do so. They staged a demonstration on September 17 and might have lodged a police complaint, the registrar said.

Meanwhile, the students complained that they were humiliated and abused by caste indicating names.

SHO Mandirhasaud Ashwini Rathore said, both the parties have lodged complaints in the police station but none is providing evidence. Even when asked, the University administration said that your whole campus is monitored with CCTV and must have footage. They denied the footage saying where the incident occurred, CCTV was not functioning, the Police officer said.

As of now, we have closed the case, he added. 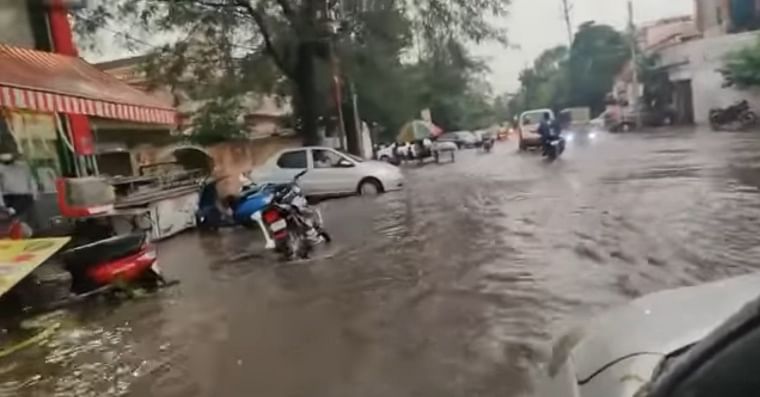