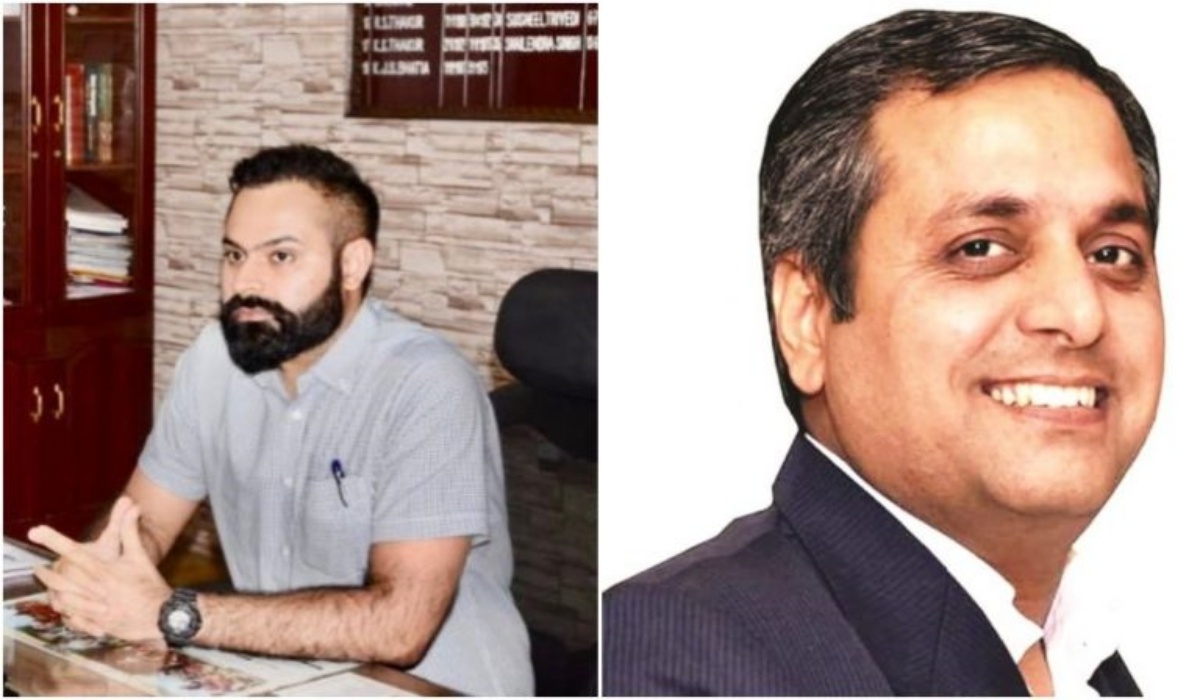 The Congress MLA Pandey who elected from Bilaspur constituency, wrote a letter addressing to the Chief Minister Bhupesh Baghel on Tuesday mentioned that in the district on the occasion of Rajyotsava on November 1, 2021, neither he was invited nor the other elected representatives such as Mayor, opposition MLAs were invited for the function following the standard protocol. Even the invitation card didn’t have his name. As he is part of part of government and hold a constitutional position, such flouting of norms falls under category of sedation, because it was not only his insult only but also the insult of the CM.

The MLA also mentioned in nearby districts such Mungeli and others such demeaning act was not carried out in the context of Rajyotsava. Therefore, he has demanded FIR should be lodged against the district collector Saransh Mittar for breaching the official protocol. 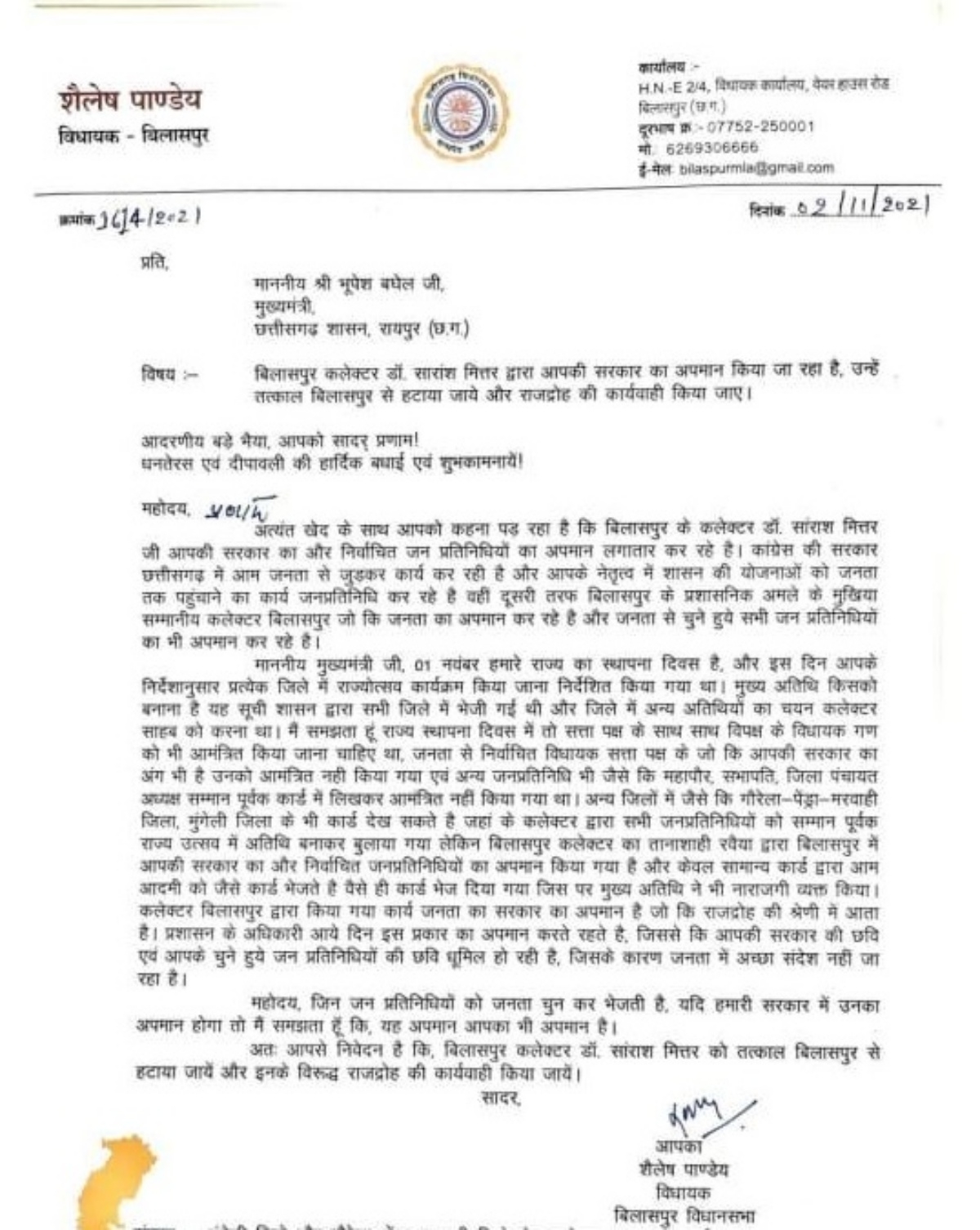 Earlier, in another incident MLA Pandey had already alleged that police and system was misused to silence the voice of Health Minister TS Singh Deo supporters.

However, on this new development, political experts said, in coming days factional infighting between Bhupesh Baghel and TS Singh Deo camps become more intense will be led to a full-blown war soon. We all are not surprised because the present High Command has showed that it was incapable to take harsh decisions, the experts said. 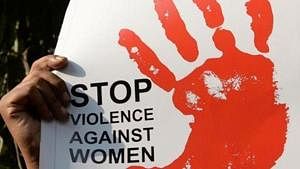