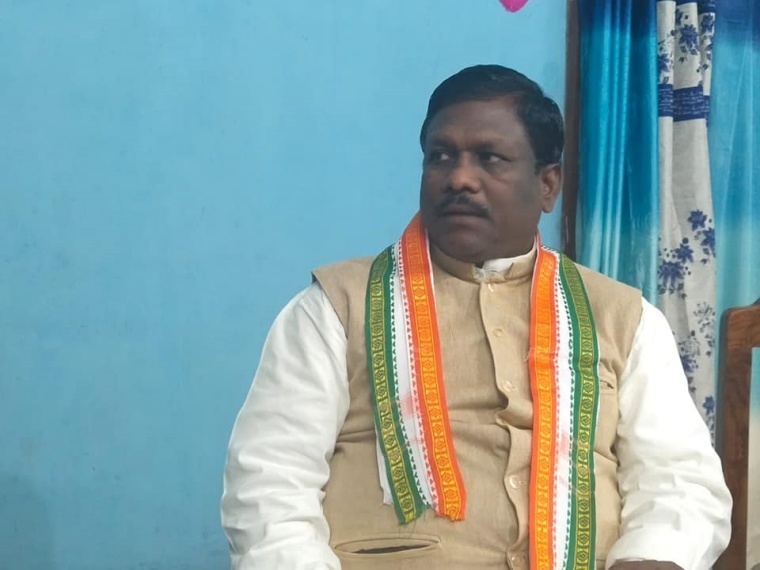 Raipur: Congress MLA Brihaspati Singh has made another controversial remark over the status of education of tribals of Sarguja district and journalists. This created a boil in the politics of Chhattisgarh. Members of Chhattisgarh Sarva Adiwasi Samaj (SAS) also tried to register a protest over the MLA statements. Meanwhile, the major opposition Bharatiya Janata Party registered a strong protest against the MLA in Sarguja and burnt his effigy.

SAS Sarguja Divisional President said, the MLA has been given an ultimatum to apologize over the remarks he made on tribal community otherwise a censure motion will be passed against him across the Sarguja division on International Tribal Day.

Tribal community has to rethink before electing such a person into power. After I gave him warning of a defamation suit, possibly he lost control over his brain, the Rajya Sabha MP mocked.

I have said everything related to the incident besides these you journalists are asking me questions like thumb impression holder (foolish) tribals of Sarguja, MLA Brihaspati Singh said.

The MLA made an adverse comment on the tribals and journalists, when the local media quizzed him about his shifting position in Chhattisgarh assembly over the accusation he made about the Health Minister.

Notably, after the MLA convoy vehicles were attacked by some miscreants, the MLA accused the Health Minister TS Singh Deo for the fatal attack.

“The Minister Deo wants to become CM by assassinating me”, MLA Brihaspati Singh accused. He also addressed a press conference about it. It created ruckus in the assembly and put the Baghel government in a difficult situation.

Later on the MLA apologized over his statement in the house and said accusations were not intentional.