Chhattisgarh: 6 women killed, 5 including driver injured after SUV crashes into divider in Raipur

Six women were killed and five others, including a driver, injured after the SUV they were travelling in crashed into a road divider on a national highway in Raipur district of Chhattisgarh on Wednesday morning, police said.

The accident took place near a private school in Kendri village on NH-30 under Abhanpur police station limits in the early hours, they said.

"There were 11 occupants in the SUV, including the driver, who were heading towards Rajim town in Gariaband district from Bhilai in Durg district to attend 'Maghi Punni mela' (fair). But five women died on the spot after the vehicle crashed into a road divider," Raipur (Rural) Additional Superintendent of Police Kirtan Rathore said.

One more woman succumbed to her injuries while being shifted to Abhanpur hospital, he said. Of the five injured, four persons who suffered critical injuries, including the car driver, were referred to a government hospital in Raipur for treatment, he added.

Their bodies were sent to a hospital for post-mortem, he said. Abhanpur Station House Officer (SHO) A A Ansari said the SUV hit the road divider apparently after its driver lost his control over it.

Chhattisgarh Chief Minister Bhupesh Baghel expressed profound grief over the incident and directed the officials to provide proper treatment to the injured persons and all possible help to the families of the accident victims.

The accident briefly affected traffic on the highway before it was restored by the police. A case has been registered and further investigation is underway, the SHO said. 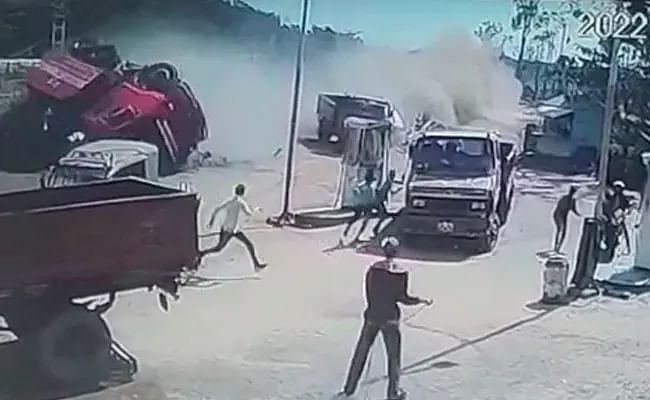 HomeIndiaChhattisgarh: 6 women killed, 5 including driver injured after SUV crashes into divider in Raipur