Union Minister Anurag Thakur on Wednesday announced that the Centre would be extending the free ration scheme, which was introduced during the COVID-19 pandemic for another three months.

The PM Garib Kalyan Anna Yojana (PMGKAY) is a scheme as part of Atmanirbhar Bharat to supply free food grains to migrants and poor. Phase-I and Phase-II of this scheme was operational from April to June, 2020 and July to November, 2020 respectively.

The Centre officially announced the decision during a press briefing scheduled at 3 PM today, which can be watched here.

The move is being seen as a calculated one designed to improve the ruling BJP's chances in upcoming state elections -- Gujarat and Himachal Pradesh in particular -- that are scheduled for December this year. 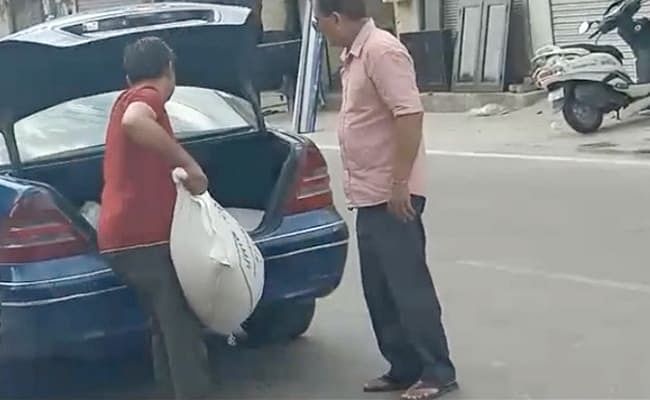 The national exchequer will be bearing the burden of the free ration scheme, estimated to cost roughly Rs 45,000 crore. The scheme provides 5 kg of wheat and rice free of cost to 80 crore poor every month

Unconfirmed reports cited by NDTV suggested that the quantity of foodgrains procured by the Centre would be reduced, in light of the financial burden during a time of economic downturn.

Notably, in August this year, the Election Commission (EC) invited representatives of all recognised political parties to frame guidelines on freebies announced in election manifestos. Leaders of political parties reacted sharply at the meeting, arguing that it would be an infringement of their rights.

The ruling BJP at the time sought action from the Supreme Court against political parties that promise or distribute "irrational freebies" from public funds.

Prime Minister Narendra Modi warned voters of a "dangerous" trend of politicians trying to "buy the people" by distributing freebies. He called this "revdi culture" - likening it to the frivolous distribution of sweets.