Forty out of 50 people have been rescued after two boats collided in Brahmputra river near Jorhat district. On Wednesday several people went missing after two passenger boats collided with each other in the Brahmaputra River in Assam's Jorhat.

"There were around 50 people in the boat which met with the accident, out of which 40 people have been rescued," Jorhat Additional DC Damodar Barman was quoted as saying by news agency ANI.

One boat was coming from Majuli (a river island in the Brahmaputra River) to Nimati Ghat while the other boat was going in the opposite direction.

#UPDATE | Boat accident in Brahmputra river, Assam: There were around 50 people in the boat which met with the accident, out of which 40 people have been rescued, says Jorhat Additional DC Damodar Barman

Resue teams on the spot. pic.twitter.com/drcMOWTGVW

Meanwhile, speaking about the floods in Assam, Brahmaputra river and its tributaries were flowing below the danger level across the state and maintaining a receding trend in most places.

Out of the 20,007 population still affected by floods, the highest number of 10,983 people were in Golaghat district, followed by Morigaon with 5,454 people and Dhemaji with 3,156 people. 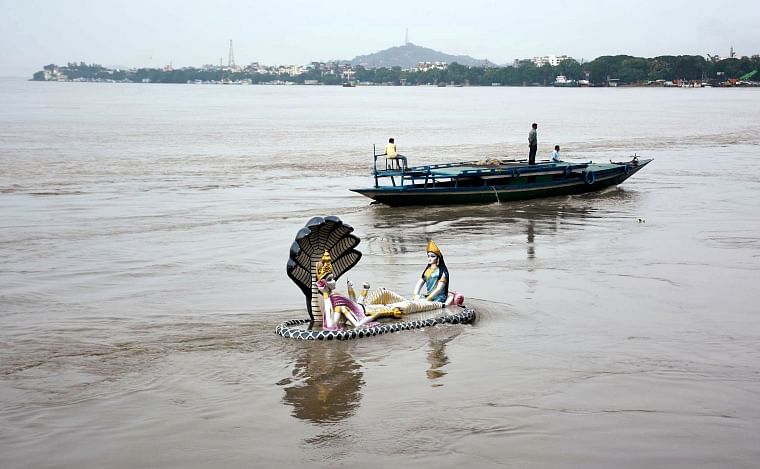