BJP to go to polls in Goa under CM Sawant 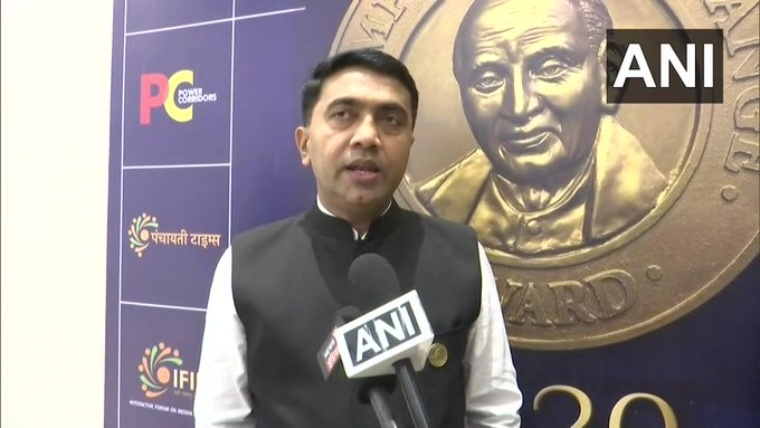 New Delhi: The BJP has decided to project CM Pramod Sawant, 48, as its chief ministerial face in the upcoming Assembly election early next year. Sources said BJP President JP Nadda gave indications during his recent Goa visit that they will go to polls only under the leadership of Sawant, who had taken over as the CM on March 19, 2019, after the demise of Manohar Parrikar. The party admonished Health Minister Vishwajit Rane, who had defected to BJP in the last Assembly poll, to stop lobbying for the CM’s post and fall in line.

A total of 7.09 lakh candidates had registered for the exam conducted at 915 examination centres in 334 cities, including 12 cities outside India in Bahrain, Colombo, Doha, Dubai, Kathmandu, Kuala Lumpur, Lagos, Muscat, Riyadh, Sharjah, Singapore and Kuwait.

Chandigarh: Haryana Home Minister Anil Vij on Friday cond­uc­ted a surprise inspection of Sector-5 police station in Panch­kula and ordered suspension of 4 personnel for alleged derelic­tion of duty. The 4 sus­pended cops include the station in-cha­rge and a police inspector, an official statement said. Vij said work is not being done in adhe­r­ence to law in the police station. Several applications were lying whose record has not been maintained or have not been registered by the "munshi" (police official) posted in the police station.

Srinagar: ED on Friday summoned Gulshan Nazir, mother of former J&K CM Mehbooba Mufti, on August 18. A summon issued by ED assistant director Sunil Kumar Meena has asked her to be present for questioning before the investigating officer on August 18.