The BJP has invited the foreign envoys in a bid to establish better relations and dialogues with other countries.

Taking to Twitter, the party's national president congratulated all the party workers, saying Prime Minister Narendra Modi has turned the BJP into a giant banyan tree with his visionary thinking.

"Today, on the occasion of the foundation day, I want to congratulate all those workers, who made BJP a tree from a small plant by irrigating it with their blood and sweat. Respected Prime Minister Narendra Modi has made that tree a giant banyan tree with his visionary thinking," Nadda said.

"Hearty congratulations to innumerable workers of BJP dedicated to the service of the nation on 42nd Foundation Day. #BJPSthapnaDiwas," he added.

All the party leaders, including JP Nadda, were seen sporting the new party caps.

The design of the cap seems to be inspired by the caps in Uttarakhand and the Brahm Kamal that Prime Minister Narendra Modi recently wore during the Republic Day celebrations.

A thin patch of embroidery can be seen on the cap and Bhajap (Gujarati) has been inscribed on it. The cap has a lotus pinned to it at the centre, which is the symbol of the BJP. 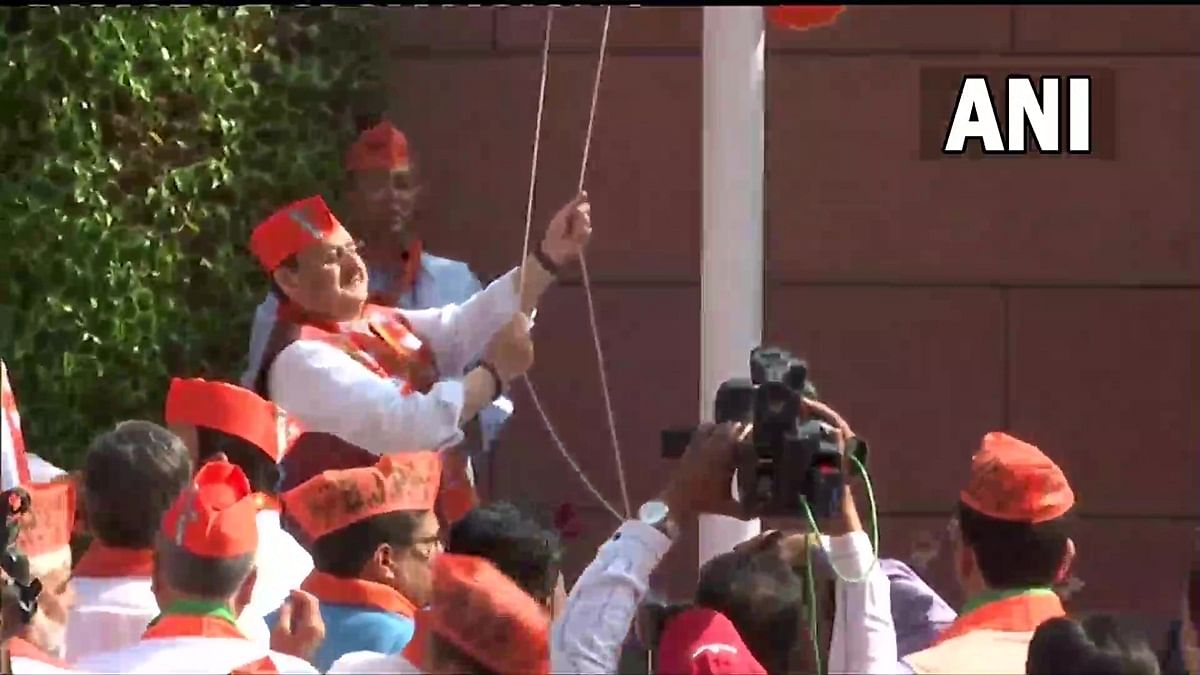