HomeIndiaBJP dumps third chief minister in 2021: Here's all you need to know

BJP dumps third chief minister in 2021: Here's all you need to know

Vijay Rupani on Saturday tendered his resignation as the Chief Minister of Gujarat ahead of an Assembly election in Prime Minister Narendra Modi's home state early next year. However, Rupani did not reveal what prompted him to step down.

Addressing the press, Vijay Rupani thanked the Bhartiya Janata Party central leadership and Prime Minister Narendra Modi. "I believe that now this journey of the development of Gujarat should proceed under the leadership of the prime minister with new enthusiasm and new energy. Keeping this in mind, I am resigning from the responsibility of the chief minister of Gujarat."

Over the year, BJP has dumped three Chief Ministers from Karnataka and Uttarakhand, now Gujarat being the fourth.

In Karnataka, BS Yediyurappa resigned as Chief Minister following resentment against him and his son in July, and unrelenting calls for his removal by a section of the party's state unit.

Not to forget, Uttar Pradesh CM Yogi Adityanath had a close call after he faced criticism from within the party high ranks. The BJP opted to retain Adityanath and has said it will face next year's election under his leadership.

Rupani took the state's Chief Ministerial position on 7 August, 2016, and is representing Rajkot West in the Gujarat Legislative Assembly. Upcoming Assembly elections are expected to be held in December 2022.

Read Also
Who will be next Gujarat chief minister? Nitin Patel, Parshottam Rupala being called frontrunners as... 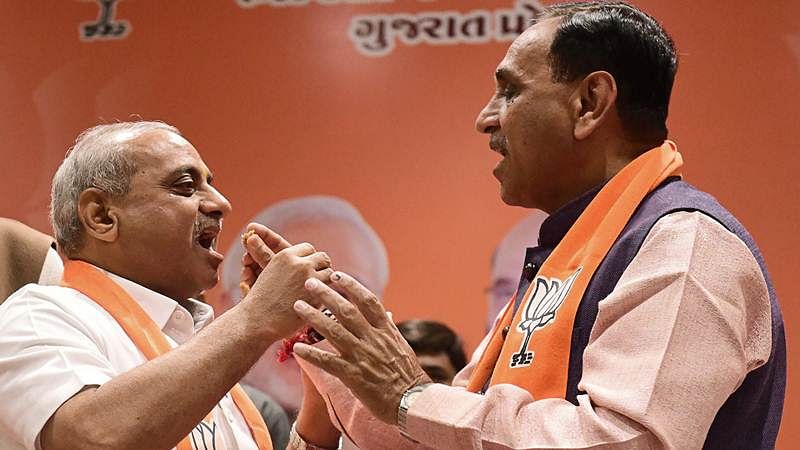