Tripura: BJP Tripura Spokesperson Subrata Chakraborty claimed that the BJP had done more work than published in the election manifesto in Tripura.

“In Tripura we have mentioned social-economic development in our vision plan but it is seen that the BJP government had done more already than what was planned initially. A place like Tripura has eight national highways built all under BJP rule,” stated Subrata.

Stating that Biplab Deb’s government had also extended railway services, the BJP spokesperson added that connectivity of both railways and airways have been ‘modernised’ during the BJP regime.

“For TMC it is goons at the doorstep and host of lies, but after Biplab Deb became the Chief Minister he had started Janatar Darbar to listen to the problems of common people,” added Subrata.

Notably, from Monday Chief Minister Biplab Deb is starting a helpline number to listen to people’s problem as according to BJP restarting ‘Janatar Darbar’ is not possible due to pandemic.

“The scam tainted people are TMC’s face in Tripura. Even Bratya Basu, a known dramatist is staging drama here. He is welcome to write drama scenes and as a minister he has failed to perform his duties and many teachers are dying in West Bengal and he is speaking on behalf of teachers in Tripura who are allegedly suffering. It is such a shame,” claimed Subrata Chakraborty.

“What justification can be for transferring contractual lady teacher Smt Anima Nath from Hooghly to over 300 km away in a MADRASAH in Maldah ! Not an isolated instance. I expect @MamataOfficial a considerate and not vindictive approach for teachers,” read the tweet. 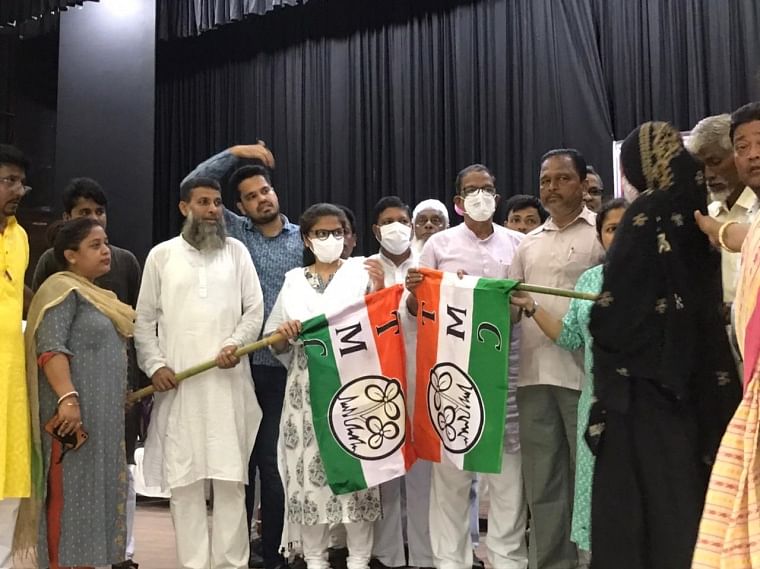 'People of Tripura will be ministers if TMC is voted to power': Moloy Ghatak