Eight people, including women and children, were killed after miscreants set fire to 10 houses in Birbhum's Bogtui village on March 21

On Saturday, the CBI named 21 people accused in the Birbhum violence case in West Bengal under Section 147, 148, 149 and other Sections in its FIR on suspected offence of armed rioting, reports news agency ANI.

Eight people, including women and children, were killed after miscreants set fire to 10 houses in Birbhum's Bogtui village on March 21. The attack was seen as retaliation for the murder of Bhadu Sheikh, who was the TMC 'upa-pradhan' of the local panchayat.

The Calcutta High Court took suo motu cognizance of the incident and directed the CBI to probe the matter. Instructions were also issued to the West Bengal government not to proceed with its probe into the matter and allow the CBI to investigate.

A team of the CBI's Central Forensic Sciences Laboratory (CFSL) was in Bogtui on Wednesday to collect samples for forensic examination. The team on Friday examined the houses gutted in the fire.

The West Bengal police have arrested local TMC leader Anarul Hossain in connection with the case. In addition, at least two police officials have been suspended.

West Bengal CM Mamata Banerjee, who visited Bogtui village on Thursday, had told reporters, "Police will ensure the strictest punishment is handed out to culprits responsible for the Rampurhat carnage. The case filed before the court should be water-tight." 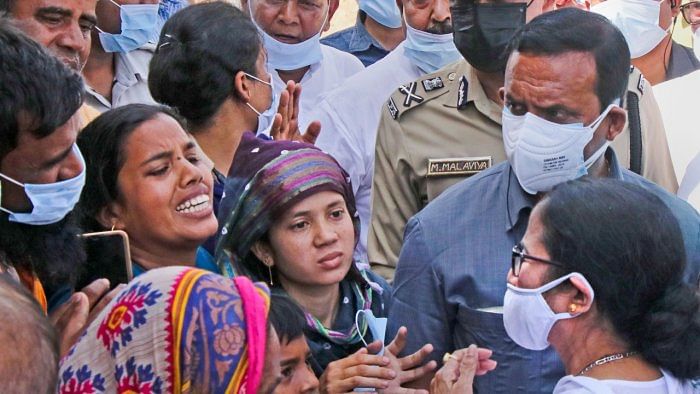