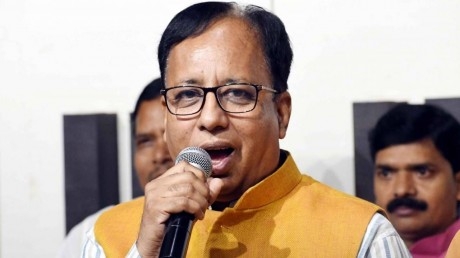 PATNA, June 7: BJP’s Bihar president Sanjay Jaiswal, who has been vocal over poor law and order situation in Bihar, on Monday, alleged that the members of the Dalit community were being harassed by the police and tortured by the members of minority community in different parts of the state.

Jaiswal, who represents Bettiah in Lok Sabha alleged that the Dalits of Dhangadhva village under Ramgarhwa police station were victimised by the police when they protested against the action of some members of minority community to close their path to the outside world.

He claimed he had talked to the officer in charge of police station to resolve the crisis and help Dalits but police registered cases against the victim Dalits too, he alleged.

According to the BJP leader, there had been many incidents in the recent past when Dalits were being harassed by the police and the members of the minority community. At Dhaka, he recalled that members of the Sahni (fishermen), Noniya and Paswan castes were allegedly beaten while taking out the marriage procession. They had approached the police for help, but police booked them.

Jaiswal said in Kishanganj and Purnia districts too, atrocities on the Dalits were rising courtesy police and members of the minorities. They had set on fire an entire settlement colony of the Dalits. He alleged the district administration too sided against the dalits and claimed in the post-elections in West Bengal, Dalits were being harassed and same happened in Bihar too.

While the BJP charged the state government with harassing the Dalits and encouraging minorities, JDU renewed its old demand for special status to Bihar. JDU parliamentary board Chairman, Upendra Kushwaha, national secretary general K C Tygai in separate statements reiterated the demand of the party to grant special status to Bihar. The demand was rejected by the UPA government. JDU had made it an election issue in 2014 and 2015 Lok Sabha and assembly elections and submitted truckloads of signatures and "nails" to the then President also.

Kushwaha said chief minister was maintaining the pace of growth despite natural calamities faced by the state. He recalled major share of natural resources were diverted to Jharkhand following bifurcation in 2000.

Tyagi recalled the campaign for special status to Bihar launched in 2013 and regretted the Raghuram Rajan Committee rejected the demand.

The controversy over claim of development of Bihar under the double engine government surfaced when the NITI Aayog on Saturday released its report on Sustainable development Goals and found Bihar at the lowest stand. Sayog had evaluated state's performance on social, economic and environmental parameters. 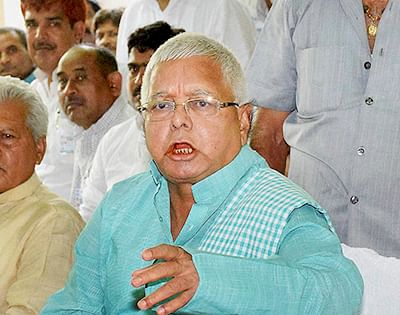