HomeIndiaBengaluru floods: Forecast of more rain worries residents as they try to return to normal life

Bengaluru floods: Forecast of more rain worries residents as they try to return to normal life

Bengaluru: Forecast of more rains and overcast skies since early Thursday morning with slight drizzle has caused worry among citizens of rain-battered Bengaluru, who were preparing to get back to routine, after some respite the previous day and water level in flooded areas receding slowly.

Residents of localities and apartments that were inundated are making attempts to drain out water and remove sludge from their houses and basements.

Some badly affected areas continued to remain in darkness without power supply and non-availability of drinking water, even as officials maintained that efforts were on to restore supply by repairing the damages.

While waterlogging on roads in most parts of the city are by and large clear, making way for easy movement of vehicles, some stretches along the Outer Ring Road and Marathahalli and nearby areas are said to be still facing some issues with vehicular movement with water still on roads.

Some residents of flood-hit localities and apartments, who had moved out to safer locations like either relatives or friends' places or hotels are getting back to their homes to assess the damage, and to carry out cleaning work.

"With the situation improving slightly, I have come to check my house, and to get it cleaned, but there seems to be a shortage of pumps to remove the remaining water, as they are in good demand now, also labourers to remove sludge. Will have to look out for them now. There is also a power cut...hope we don't receive more heavy rains," a resident at a locality near Yemalur said.

Another resident in Marathahalli, who lives in an apartment, sharing a similar ordeal said, hope there are no more heavy rains, it's been cloudy and drizzling since morning though.

Generators and power back-up equipment of apartments whose basements were submerged in flood waters have all mostly been damaged.

Also, according to officials restoring power supply to apartments whose basements are still waterlogged is not not safe.

Owners trying to attend to or getting their vehicles like- cars and bikes- that were either partially or fully under water due to flooding, were a common sight in parts of these areas.

The Meteorological office in Bengaluru in its forecast on Thursday morning for the city for the next 48 hours has said one or two spells of light to moderate rain or thundershowers were very likely. 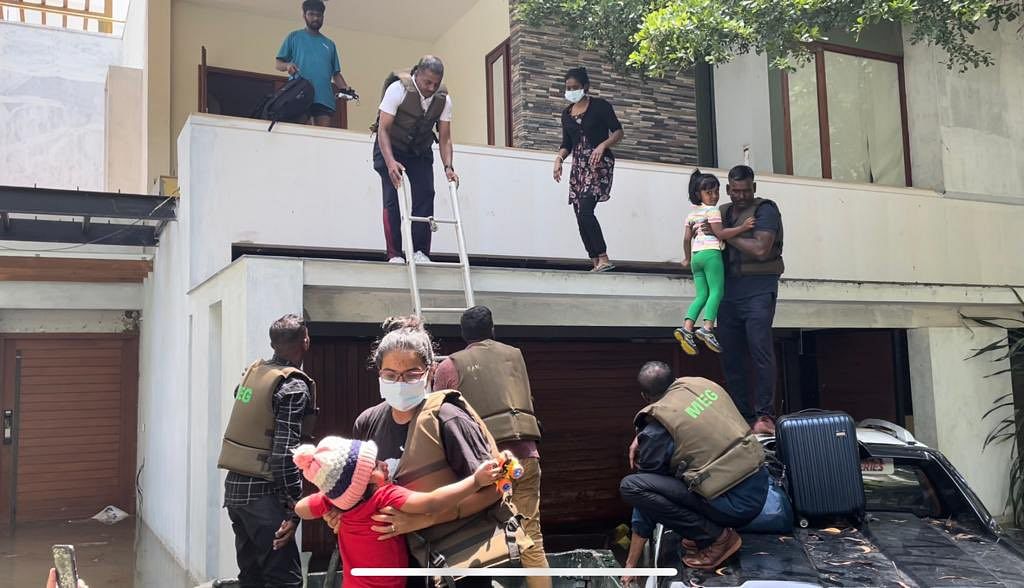