At minus 1.5 degrees Celsius, Srinagar records coldest night of the season

The temperature at various places around Kashmir fell below the freezing point, Srinagar experienced its coldest night at minus 1.5 degrees Celsius.
PTI 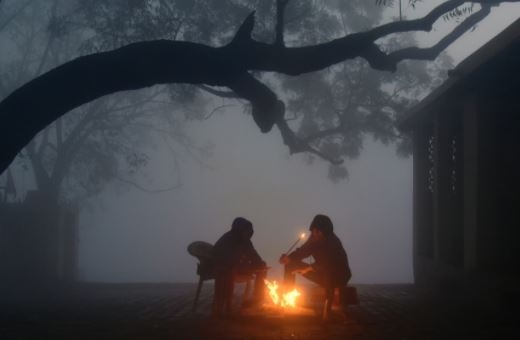 Srinagar: Kashmir reeled under cold conditions as the minimum temperature settled below the freezing point across the valley even as Srinagar recorded the coldest night of the season at minus 1.5 degrees Celsius, officials said on Wednesday.

The minimum temperature across the valley stayed below the freezing point on Tuesday night, MET officials said.

They said the temperature was several degrees below the normal for this part of the season.

The officials said Pahalgam, which serves as the base camp for annual Amarnath yatra, recorded a low of minus 4.7 degrees Celsius. Pahalgam was the coldest recorded place in Kashmir.

The temperature in Kupwara in north Kashmir settled at a low of minus 2 degrees Celsius.

Qazigund, the gateway town to the valley, recorded minus 2.2 degrees Celsius, while as Kokernag, also in south, registered a low of minus 1 degrees Celsius.

The wintry conditions in Kashmir have set in much ahead of the beginning of extreme harsh weather conditions which usually start around the third week of December.

'Chillai Kalan', the 40-day period of harsh winter in Kashmir, begins on December 21 every year.

The Meteorological Department has said the weather is most likely to remain dry till November 23 Light snowfall is likely over extreme north Kashmir parts on November 24, it said.

However, it said, the temperature would stay several degrees below normal. J&K encounter: Bizman killed in 'crossfire' in Srinagar, say cops, counted as a harbourer of...