Guwahati: Union Minister Sarbananda Sonowal was on Monday elected unopposed to the Rajya Sabha from Assam. Sonowal, the lone candidate in the fray for the seat, was declared elected to the Upper House of Parliament by the Returning Officer on the last day of withdrawal of nomination.

With this, the ruling BJP's strength in the Upper House from Assam increased to three, while its ally Asom Gana Parishad (AGP) has one member in the Rajya Sabha. Assam has total seven seats in the Rajya Sabha, with two of the remaining seats held by the Congress and one by an Independent MP.

Sonowal, accompanied by Chief Minister Himanta Biswa Sarma and BJP state president Bhabesh Kalita, collected the election certificate from the Returning Officer in the afternoon from the state assembly premises. Speaking to reporters, Sonowal said he will continue to work for the betterment of the state and its people.

"My special thanks to the people of Assam and especially Majuli for their unrelenting belief and trust in me," he added.

Sonowal, 59, was inducted as the Minister for Ports, Shipping and Ayush in Prime Minister Narendra Modi's cabinet in July, necessitating his entry into Parliament. Sonowal, the former chief minister, had filed his nomination against the Rajya Sabha seat that had fallen vacant after Assam assembly Speaker Biswajit Daimary resigned from the Upper House, following his election to the state assembly earlier this year.

Sonowal was also elected to the state assembly from Majuli for the second consecutive term in May, but he returned to New Delhi after Sarma was made the chief minister.

He had served as a Minister of State for Sports and Youth Affairs for a term of two years in the first Modi cabinet before returning to state politics to head the first-ever BJP government in Assam in May 2016.

The opposition parties had decided not to field any candidate for the Rajya Sabha seat as they did not have the numbers on their side.

In the 126-member Assam assembly, the ruling BJP has 60 MLAs, though this will decline to 59 with Sonowal's election to the Rajya Sabha, while its allies the AGP and the UPPL have nine and five MLAs, respectively. Five seats in the state assembly are currently vacant with two Congress legislators and an AIUDF MLA resigning to join the BJP, while two UPPL MLAs have died. 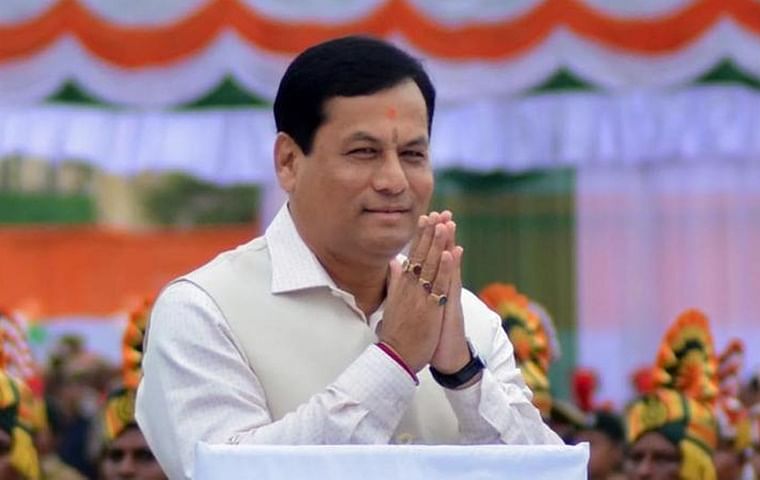