Assam Chief Minister Himanta Biswa Sarma on Monday said he has directed state police to withdraw FIR against Rajya Sabha MP K Vanlalvena as a "goodwill gesture" after a border clash with Mizoram on July 26 in which six police personnel died. However, he further said that cases against the other police officers will be pursued.

Taking to Twitter, Assam CM Himanta Biswa Sarma said: "I have noted statements in media by Honble Mizoram CM Zoramthanga wherein he has expressed his desire to settle the border dispute amicably. Assam always wants to keep the spirit of North East alive. We are also committed to ensuring peace along our borders."

"To take this goodwill gesture ahead, I have directed Assam Police to withdraw FIR against K Vanlalvena, Hon'ble MP, Rajya Sabha from Mizoram. However, cases against other accused police officers will be pursued," he added.

Meanwhile, earlier on Sunday, Sarma said that the main focus is on keeping the spirit of the North-East alive.

"What happened along Assam-Mizoram border is unacceptable to people of both states. Mizoram Chief Minister had promised to call me post his quarantine. Border disputes can only be resolved through discussion," tweeted Assam Chief Minister on Sunday which was then retweeted by his Mizoram counterpart.

This comes after Himanta Biswa Sarma on Sunday said he is ready to be arrested by Mizoram Police if it helps bring peace between the neighbouring states of Mizoram and Assam.

Sarma's statement came after Mizoram chief secretary said earlier in the day that the state's chief minister had frowned on charges of `attempt to murder and criminal conspiracy' levelled against his Assam counterpart and indicated these are likely to be withdrawn.

On Sunday, Union Home Minister Amit Shah spoke telephonically with both the chief ministers of Assam and Mizoram in a bid to bring down tensions between the two states.

Mizoram Chief Minister Zoramthanga tweeted after the phone call, "As per telephonic discussion with Union Home Minister and Assam Chief Minister, we agreed to resolve the Mizoram-Assam border issue amicably through meaningful dialogue."

Here's what we know so far:

Despite an attempt by Union Home Minister Amit Shah to resolve a raft of long-standing border disuptes between Assam and its neighbours earlier this month, at least six Assam Police personnel and one civilian were killed and more than 50 people injured, including the police chief of the district of Cachar, in a fire-fight between the police of the two states on a disputed stretch of their boundary, near Dholai in Cachar district.

Mizoram Boundary Committee passed the resolution under the chairmanship of Deputy Minister of Mizoram Tawnluia. The committee strongly condemned the incursion of Assam Police into the Mizoram Police Post at Vairengte on July 26, heavily outnumbering them and opening fire first.

Meanwhile, with efforts continuing to defuse border tensions between Assam and Mizoram, the row and the violence earlier this week are likely to be raised in the Parliament by BJP MPs from Assam on Monday.

A subsequent agreement was hammered out on last week, by the Union home ministry to maintain calm on the border and allow a neutral central police force to act as peace-keepers. Nevertheless, the two states have continued to trade charges of reinforcing police pickets and of refusing to honour the agreement which calls for pulling back forces from the border.

Assamese local organisations which had soon after the clash announced an economic blockade of Mizoram have since lifted their `blokade', but truckers afraid of possible violence have opted to either park their vehicles near the border in Cachar district's Dholai or to circumvent the troubled boundary by taking a longer route through Tripura.

Assam government on Thursday had also issued an unprecedented travel advisory asking people not to travel to Mizoram and advised people from the state working or staying there to "exercise utmost caution."

Tension along the border with Mizoram in Cachar and Hailakandi districts of Assam have been escalating since October 2020 with frequent incidents of burning of houses and encroachment of land. The two states share a 164.6-km border between Assam's Cachar, Hailakandi and Karimganj districts, and Mizoram's Kolasib, Mamit and Aizawl districts. 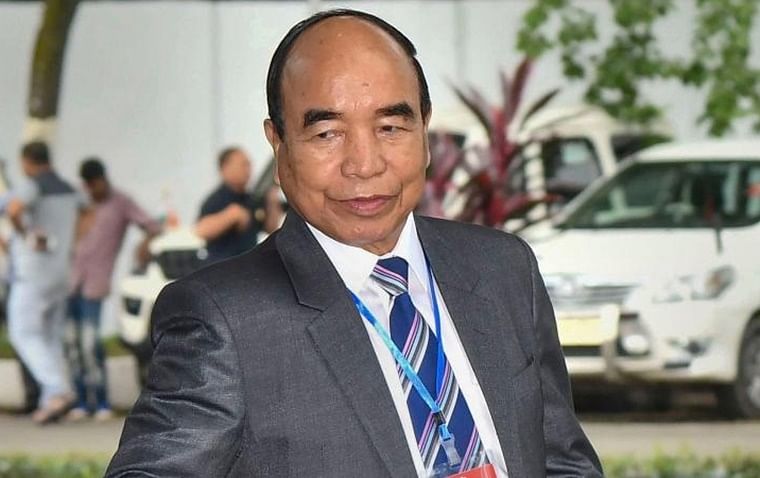