As AIADMK set to celebrate its golden jubilee, headquarters to be renamed as 'MGR Maaligai' 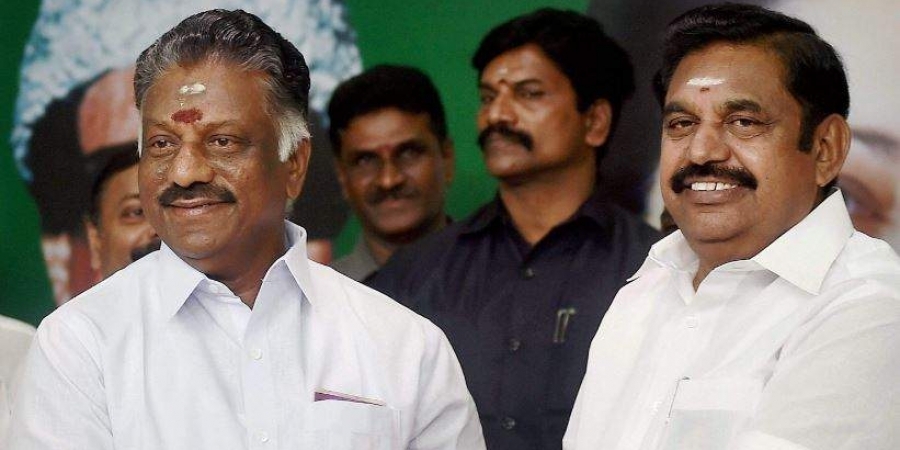 Chennai: All India Anna Dravida Munnetra Kazhagam (AIADMK) on Friday announced that the party's headquarters will be re-named as 'MGR Maaligai' on the occasion of its Golden Jubilee celebrations on Sunday.

AIADMK coordinator O Panneerselvam and Deputy Coordinator Edappadi K Palaniswami on Friday released a joint statement announcing that AIADMK's party headquarters will be re-named as MGR Maaligai and the party's senior leaders and veteran functionaries will be honoured on the occasion of its Golden Jubilee.

"Plan to celebrate AIADMK Golden jubilee with releasing a special logo, to advertise AIADMK twin leaf logo in public places and by issuing pamphlets to people," the statement further read.

The AIADMK is set to celebrate its golden jubilee this year, and honour “revolutionary leader” MGR, who founded the party in 1972. In a joint statement, AIADMK leaders Edappadi K Palaniswami and O Pannerselvam appealed to the party cadres to celebrate the historic golden jubilee with joy, and hold events following Covid-19 guidelines.

Earlier, in a joint statement, Panneerselvam and Palaniswami said the celebrations will also be held in neighbouring Puducherry, Andhra Pradesh, Telangana, Kerala, Maharashtra, Delhi, and in Andaman. The meeting to discuss the celebrations was also attended by former ministers and other senior party functionaries, discussed in detail to celebrate the golden jubilee in a grand manner.

Expelled AIADMK general secretary V K Sasikala is likely to visit the memorial of former Tamil Nadu chief minister J Jayalalithaa on October 16, a day ahead of the golden jubilee celebration of the founding of the AIADMK party, as per a report by Indian Express. This will be Sasikala’s first visit to the memorial since she was released from the Parappana Agrahara prison.

AIADMK was formed on October 17, 1972, and will be celebrating its Golden Jubilee on Sunday.