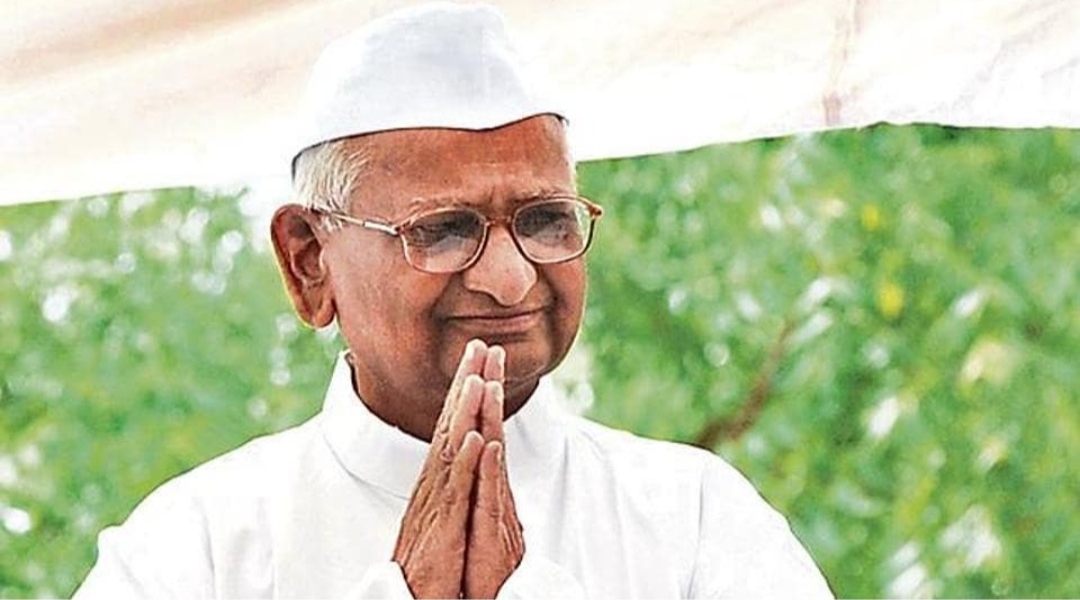 Anna Hazare, who was born on June 15, 1937, is an Indian social activist. He has led several movements to promote rural development, increase government transparency and investigate and punish corruption in public life.

Let us take a look at some interesting facts about Anna Hazare:

1. Anna Hazare was born in Bhingar, near Ahmednagar as Kisan Baburao Hazare.

2. He later adopted the name Anna, which in Marathi means "elder person" or "father".

3. Hazare's father struggled to support the family financially, so a relative of Hazare took him to Bombay to provide him with education. Later on, the relative was unable to support him and Hazare's education ended in seventh grade.

4. Hazare then started selling flowers at Dadar railway station in Mumbai and eventually managed to own two flower shops in the city.

5. Hazare was drafted into the Indian Army in April 1960 where he initially worked as a truck driver and was later attested as a soldier.

6. He considered suicide after an enemy attack during the Indo-Pakistani War of 1965. But instead, he turned to ponder the meaning of life and death. He said, "It sent me thinking. I felt that God wanted me to stay alive for some reason. I was reborn in the battlefield of Khem Karan. And I decided to dedicate my new life to serving people."

8. Hazare and the youth group decided to take up the issue of alcoholism to drive a process of reform. Once three drunken villagers were tied to pillars and then flogged personally by Hazare with his army belt. He justified this punishment by stating that "rural India was a harsh society", and that "Doesn't a mother administer bitter medicines to a sick child when she knows that the medicine can cure her child? The child may not like the medicine, but the mother does it only because she cares for the child. The alcoholics were punished so that their families would not be destroyed."