BJP is strengthening its roots in West Bengal with each passing day and Union Home Minister Amit Shah will be on a two day visit from 5th November to take stock of the party’s organizational matters.

With months to go before the West Bengal Assembly elections, the saffron party’s 18 seat victory in the 2019 Lok Sabha elections in a 42 seat fight, showed that the Trinamool Congress(TMC) has a tough opponent in the BJP.

Shah is expected to address party workers in Burdwan and Midnapur zones on 5th November and the following day he will visit Kolkata and Nabadeep zones. The party has five organizational zones of which JP Nadda has already addressed party workers in the North Bengal zone on 17th October.

Union Minister JP Nadda was supposed to visit West Bengal on 6th November, however, the visit has been cancelled. Nadda was to hold organizational meetings on 6th and 7th November. These Bengal visits by the BJP’s top brass also come in the wake of requests made by the Bengal BJP unit to visit party workers in the state and boost their confidence to prepare for the Assembly polls.

Shah who has played a key role in the organizational strategies of West Bengal’s BJP unit will look at ways to structure grassroot level working which will be communicated to party works in indoor meetings. There are fewer chances of outdoor public meetings during this visit. Shah had last visited the state on 1st March before the lockdown and post that had held a virtual rally for West Bengal.

“It will be more-or-less indoor programmes. There are chances that he might address a press conference in Kolkata.” Said BJP’s general secretary Sayantan Basu.

Kailash Vijaywargiya, Dilip Ghosh and Mukul Roy will accompany Shah during the booth and district level meetings. Shah’s visit comes days after West Bengal Governor Jagdeep Dhankhar met him in Delhi on Thursday and expressed concern over the worsening law and order situation under the TMC administration.

The BJP has also made recent changes within its ranks and files as Amitava Chakraborty was made the state general secretary(organization) replacing Subrata Chattopadhyay. The idea is to build a strong base and image amongst its voters. BJP has proved to be strong in North Bengal going by the 2019 general elections, the challenge will be to bag urban seats which are still predominantly a TMC strongho 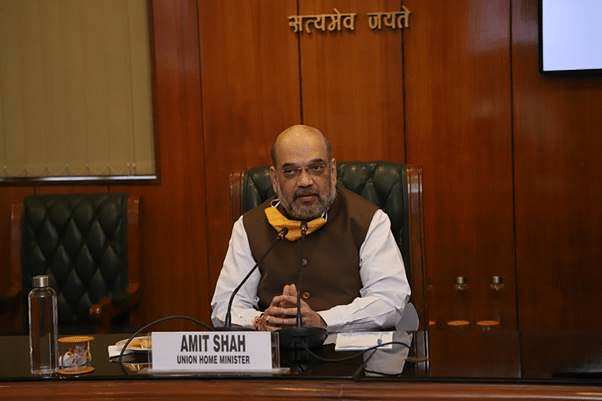