Rajasthan is the 1st state on the Yatra route where Congress is in power hence massive arrangements are made not only in terms of logistics but politics also.

Jaipur: After the political ceasefire between top leaders of the Rajasthan Congress two days ago, now the Congress leader Rahul Gandhi’s Bharat Jodo Yatra is all set to enter Rajasthan on Sunday evening. The 16-day-long Rajasthan leg of the Yatra will start on Monday morning and end on December 20th.

Rajasthan is the first state on the route of the Yatra where the Congress is in power so massive arrangements, not only in terms of logistics but politics also, have been made to make it a big success as the state unit of the party is going through a political turmoil for long.

To ensure a politically uninterrupted and faction-free leg of Yatra in the state, the party high command had to intervene by sending the party’s organizational general secretary KC Venugopal who give a clear message that all party leaders have to concentrate only on Yatra for now and no other issues and political rhetoric will be allowed during this Yatra. 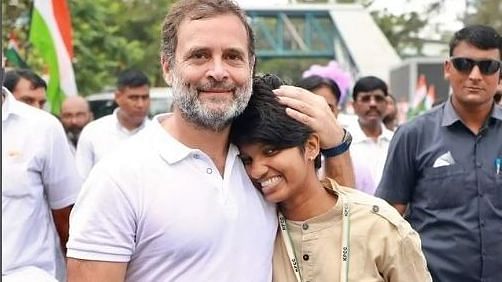 The message of party high-command resulted in an ‘all is well' picture showing both CM Ashok Gehlot and his political opponent with smiling faces and raised hands along with Venugopal.

Although party leaders and the workers have apprehensions about this. ‘This ‘all is well’ picture is for Yatra only as the issues are still pending and the way things have turned in the last few days,  particularly after CM Gehlot’s TV interview, the political rhetoric and war of words will again make headlines as soon as the Yatra will leave Rajasthan,’ said a senior leader of the party.

In the meantime, the party has made all arrangements to make the Rajasthan leg of the Yatra successful. Eleven ministers of the state government have been given various responsibilities right from stay to food for the participants of the Yatra. CM Ashok Gehlot along with party state president Govind Singh Dotasra is monitoring all the arrangements on the route of the Yatra.

‘The Yatra will be a grand success in Rajasthan as all leaders and workers of the party and people of the state are eagerly waiting to welcome Rahul Gandhi,’ said Dotasara.

The Yatra will enter from Jhalrapatan on Sunday evening. There will be four corner meetings, a dialogue with farmers, and a big rally during the Yatra. It will cover 6 districts and 18 assembly constituencies of the state.