HomeIndiaAll eyes in Rajasthan are now on Mallikarjun Kharge

All eyes in Rajasthan are now on Mallikarjun Kharge

Jaipur: Going through political turmoil for the last month, the state of Rajasthan is now eyeing Mallikarjun Kharge, the newly elected president of the Congress party.

Kharge has to decide three major issues of the Rajasthan Congress and the most important of them is the change of guard in the state. The other two issues are the decision on the show cause notices to three senior leaders of the party and the resignations of Congress MLAs which were submitted to the Speaker of Rajasthan Assembly in favour of CM Ashok Gehlot. 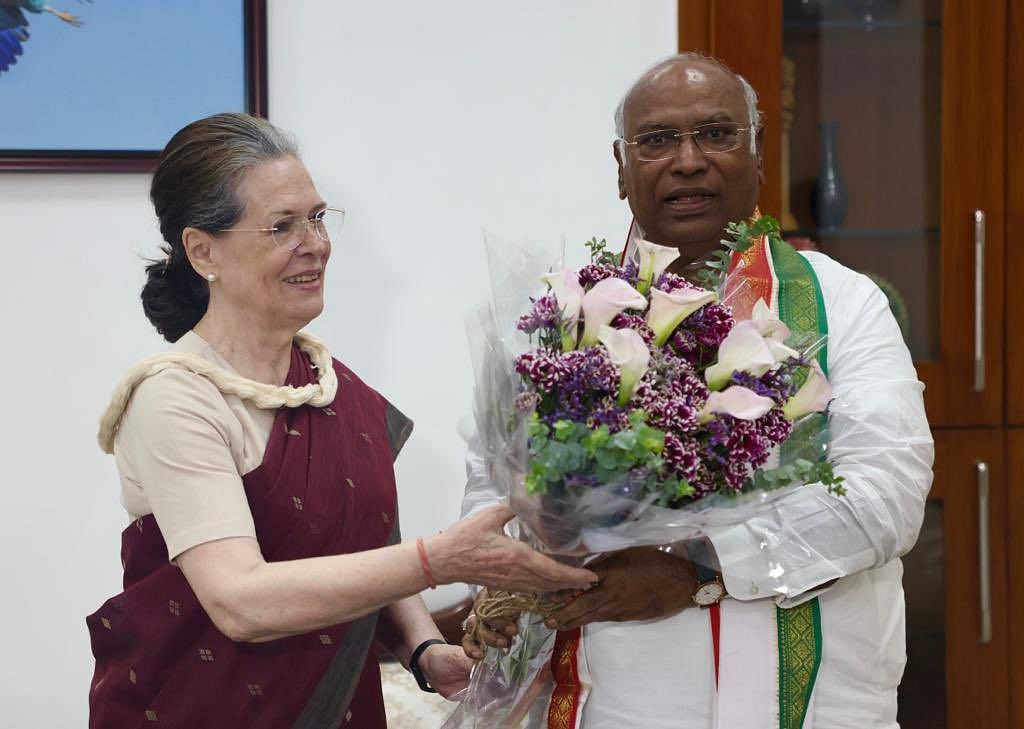 What is interesting is that Kharge was himself a part of the whole political drama of Rajasthan Congress that took place on September 25, as he was sent as a central observer with the party’s state in-charge Ajai Maken to call the Congress Party Legislator (CLP) meeting to pass a one-line resolution to authorize party president to decide on the leader in the state.

Maken and Kharge in their report submitted to the then Congress president Sonia Gandhi had termed it an indiscipline act of the party MLAs and three senior leaders including parliamentary affairs minister Shanti Dhariwal, Chief Whip Mahesh Joshi and close aid to Gehlot Dharmendra Rathor were served the show cause notices by the party.

So now after taking over as the party president,

‘Rajasthan seems to be the first challenge for Kharge as it is more than a month now and party workers are eagerly waiting for a concrete decision to end the four-year-long factionalism in the party,’ said a senior leader of the party.

It becomes more important in the light that the state will enter the election year in the coming December and the organization of the party in districts is almost dysfunctional as there are no district bodies to strengthen the party at the grass root level.