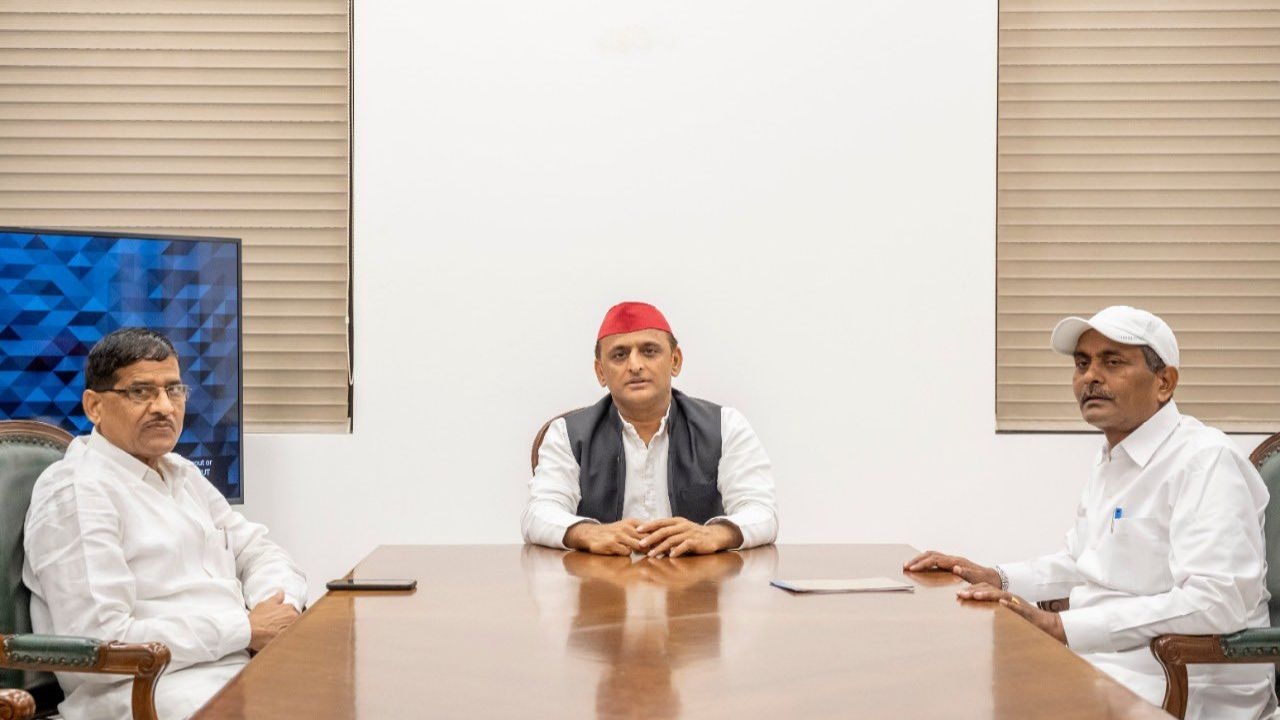 Samajwadi Party President Akhilesh Yadav met with two expelled Bahujan Samaj Party leaders today. Legislature Party leader Lalji Verma and former state president and MLA Ram Achal Rajbhar had been expelled from the Mayawati-led party earlier this year. He had been accused of indulging in anti-party activities during the Panchayat elections and the BSP had banned them from attending party programs.

Taking to Twitter on Saturday afternoon, Yadav shared a picture from the meeting, dubbing it a 'courtesy call'. With the Uttar Pradesh Assembly elections mere months away however, the meeting also prompted speculation about a possible change in party membership or a tie up with the SP.

Earlier this year incidentally reports had quoted fellow rebel BSP MLA Aslam Rainee to suggest that they intended to form a separate outfit ahead of the polls. Reportedly, 11 rebel MLAs from the party had been in favour of forming a separate grouping. Lalji Verma, he had reportedly added, would cast the deciding vote on whether this new group would merge with the SP.

On Tuesday, Yadav announced that the Rashtriya Lok Dal and some smaller parties will contest the 2022 Uttar Pradesh Assembly polls together. According to him talks with the Mahan Dal and Dr Sanjay Chauhan's outfit had also reached the final stage. He also confirmed the SP's alliance with his uncle Shivpal Yadav's Pragatisheel Samajwadi Party (Lohia).

The party President had repeatedly insisted that the SP would not tie up with large organisations such as the Congress and the Bahujan Samaj Party. However they seem to have had a change of heart after the appointment of a new Punjab Chief Minister earlier this week. Asked about the chance of any tie-up with the AIMIM, he did not show any inclination.