Agnipath protest in Bihar: Prashant Kishor targets BJP and JD(U) amid over of wards, says 'both parties are busy sparring'

Amid protests against the Centre’s Agnipath scheme, poll strategist Prashant Kishor on Sunday commented on the war of words between the JD(U) and the BJP, who are in alliance in the eastern state.

“There should be agitation against Agnipath, not violence and sabotage. The people of Bihar are bearing the brunt of the conflict between JD(U) and the BJP. Bihar is burning and the leaders of both the parties are busy sparring and pointing fingers at each other instead of solving the matter,” tweeted Kishor.

The protests in Bihar against the central government’s Agnipath scheme, a new defence recruitment reform, saw protesters setting vehicles ablaze and vandalising public buildings. At least 718 people have been arrested across the state since Thursday, according to a Bihar Police statement.

A fresh war of words broke between BJP and JD(U) with the former holding the Nitish Kumar government responsible for its "inability to stop attacks" on the residences of saffron party leaders.

Bihar's BJP chief Sanjay Jaiswal, whose house was vandalised by 'Agnipath' protesters, criticised the state government on Saturday, alleging that its effort was "inadequate" to stop violent protests in the state.

He held Nitish Kumar-led coalition government responsible for what he termed as targeted attacks on BJP leaders in the state.

"When protestors attacked my house in Bettiah district on Friday, we called the fire brigade...they said fire tenders would come only if the local administration allows it," a visibly upset Jaiswal said.

Reacting to Jaiswal's comment, JD(U)'s national chief Rajiv Ranjan alias Lalan Singh, said, "The central government took a decision. There are protests in other states too. Young people are concerned about their future, so they came out to protest. Of course violence is not the way. We can't accept violence. But the BJP should also listen to what is worrying these young people and their concerns. Instead, the BJP is blaming the administration," Ranjan said in a video.

Read Also
Agnipath protest: War of words breaks out between JDU and BJP in Bihar 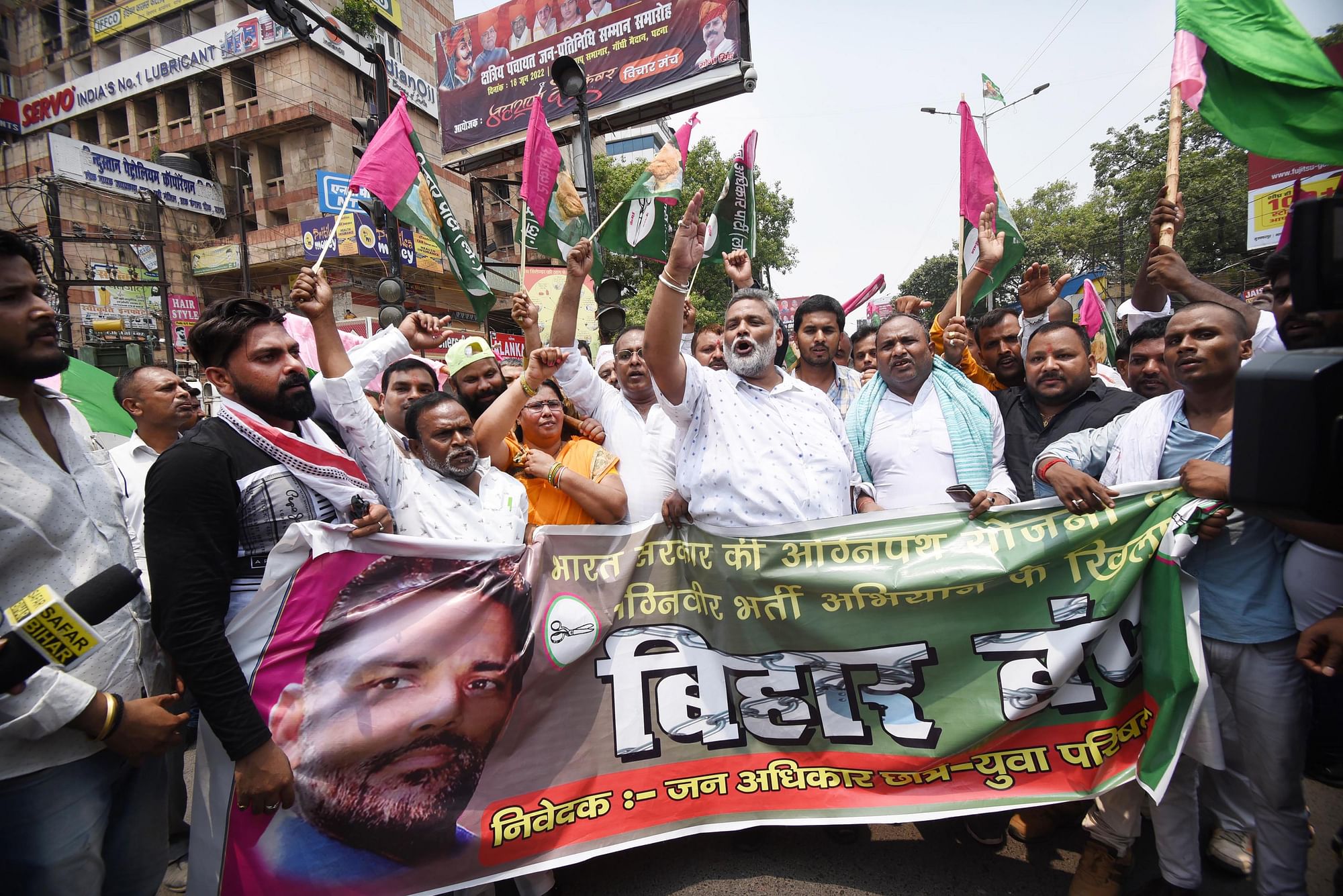 HomeIndiaAgnipath protest in Bihar: Prashant Kishor targets BJP and JD(U) amid over of wards, says 'both parties are busy sparring'