After Rafale, Modi gets another French offer 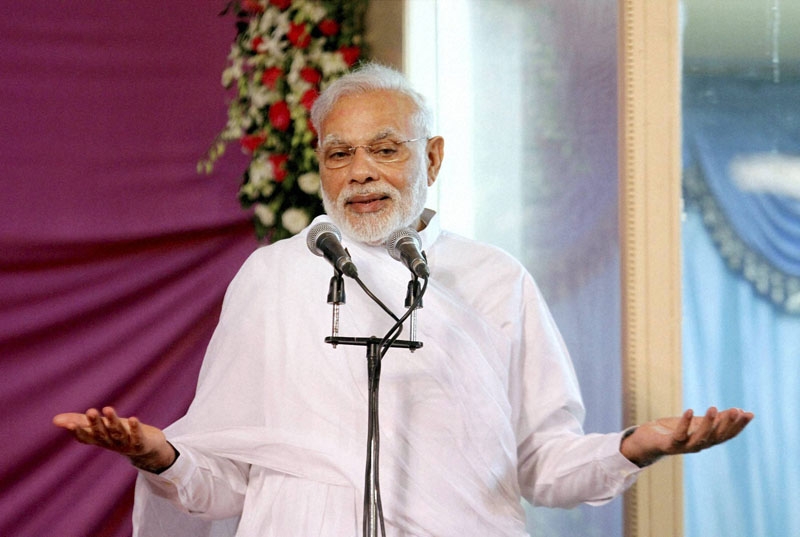 Paris / New Delhi: “We want to invent the future together with India,” remarked the man at the thick of world’s futuristic innovation - Marco Erman in an interview with IANS.

The Chief Technical Officer of Thales, the French company that is involved in the Delhi Metro, supply of passport readers for the government and the Mirage 2000 upgrade programme, and even the Rafale team, now has another proposition for the Narendra Modi government - “Let’s fight terrorism together.”

“The station (metro) that I took had a baggage checking and then a security checking for security threats at that time, and then there was the billing point as well. Then I said to myself, we as a company may invent something for India that will combine the payment while entering the metro and the verification of ‘I am not a terrorist’ at one single point. You know, ease the fluidity, but still preserve the security,” recalled Erman about when he got the idea to help India to counter terrorist threats.

He said how he is “in love with some of the architecture” of New Delhi which he has visited. He said he is aware of concerns stem from India’s experience in the past, without directly referring to 26/11 Mumbai attacks.

“May be in the future, if you find the right way for a dialogue, you will probably find solutions other than this that exist,” Erman said, virtually inviting the Modi government to avail the company’s futuristic expertise in dealing with security threats of tomorrow.

Earlier this week, India observed the 11th anniversary of the dastardly Mumbai attack. Prime Minister Narendra Modi said that he is pained to recount how extremist forces decided to hurt India’s outlook of Vasudhaiv Kutumbakam (world is one family) on the very day it celebrated its democracy. The Chief of all things technical of the innovation giant’s blatant articulation, in the aftermath of this, assumes significance.

Thales provides ticketing systems deployed in Delhi and Gurugram metros, as well as Integrated Communications & Supervision systems in Bengaluru, Hyderabad, Jaipur, Mumbai and Delhi metros now looks beyond. The man at the helm of its technical side, speaking on the sidelines of Innov Days, an event in Paris, where it brags its technological breakthroughs, gave another India specific vision of the group while answering a question by IANS.

Marko said, his company is willing to secure India’s communication system, particularly the government and its various ministries by its cutting edge quantum encryption through satellite, much like what its is doing right now across the expanse of European Union. To make it easier to understand, Thales is not only developing quantum computers which will be tens and hundreds times faster in processing data, that any government may need to; but simultaneously invented cryptography for a post-quantum era that will keep all those vital data handled by governments or ministries secure, away from being breached.

“If this system is deployed in India, none of the European countries will be able to penetrate India, which is okay for us,” he announced. He added, Thales will be “more than happy” to give Indian government the same protection that it is giving to many European governments, leaving breach of crucial data or information virtually impossible. But he added, its for the Modi government who may have to take a call on this.

However, Marko has conceded, as an European company, he finds thecae of decision making in India “slow”, while commenting on India’s claim for ease of doing business being made smoother.

But that doesn’t take away the enthusiasm of Thales, which has been providing India with cutting edge technology since 1953. The group is also a firm believer in Modi’s “Make in India” programme. It is already working with state owned Hindustan Aeronautics Limited (HAL) and has a joint venture with Bharat Electronics Limited (BHEL), apart from Reliance Aerostructure Limited, for the much talked about Rafale deal.

But now, the company wants to help India build an impenetrable communication system in place to bump off enemy effort of eves hacking (read Pakistan) and introduce a futuristic scan machines that will thwart terrorism activity without creating serpentine queues at any of India’s prominent metros.

In other words, Thales’ chief technical officer, who is based out France, the country whose relations with India has been on an all time high ever since the Rafale deal was inked, telling asking the world’s largest democracy - Let’s fight the evil of terrorism together.