The Samyukta Kisan Morcha (SKM) alleged that Nihang Sikhs lynched the 35-year-old man whose one hand was cut from his wrist.
FPJ Web Desk 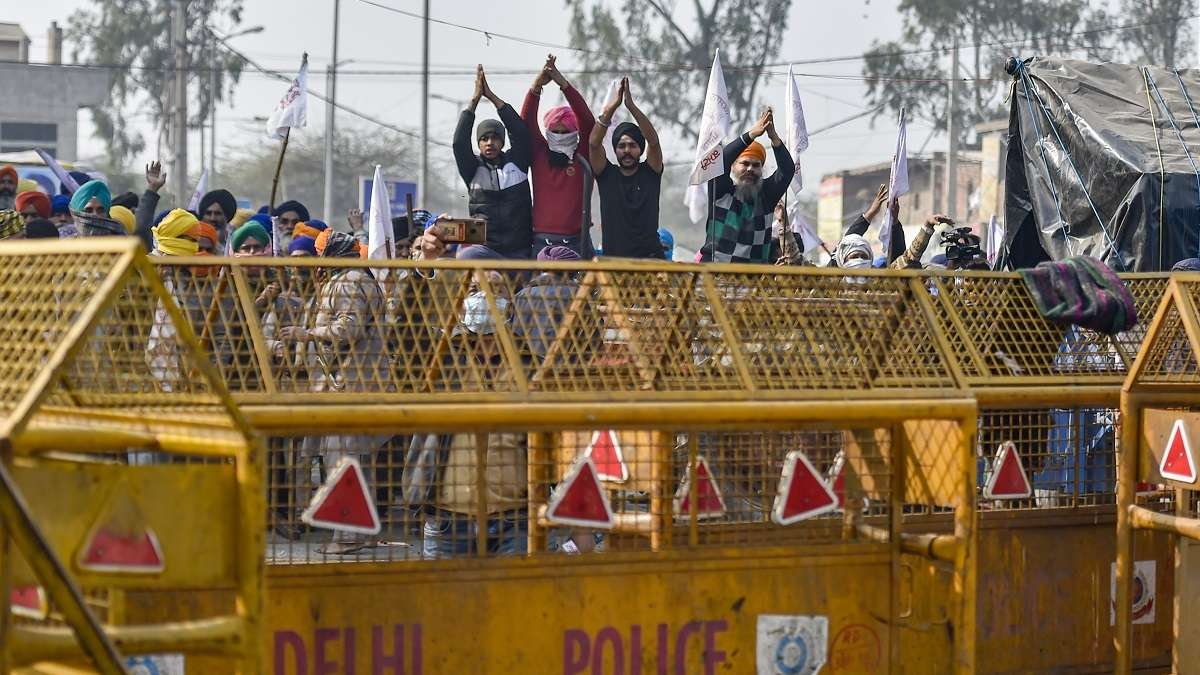 A body of a man was found hanging on a police barricade at the farmers' protest site near the Singhu border, DSP Hansraj informed. According to the reports, the body was mutilated with its hand, and legs cut off.

The man was identified as 35-year-old Lakhbir Singh. According to the sources, Lakhbir belonged to the Dalit community and had no criminal history or political affiliation. He was a resident of e Cheema Khurd village in Tarn Taran in Punjab and is survived by his family.

"At about 5 am today, Kundli police station received information about a body of a man hanged near a stage where the farmers have been protesting at the Singhu border," the DSP told ANI.

"A police inspector reached the site with a team and found that the man's body only had his undergarment on and his hands and legs were chopped off. He was hanged to a police barricade. People present there were questioned but nothing was revealed about who is responsible for this. The probe is on," he added.

"We've registered a case under 302/34 IPC. The forensic team has examined the scene of the crime. Postmortem is underway. We've some suspect names, will make headway soon." Sandeep Khirwar, ADGP Rohtak said.

The Samyukta Kisan Morcha (SKM) alleged that Nihang Sikhs lynched the 35-year-old man whose one hand was cut from his wrist.

"A Nihang group at the scene has claimed responsibility, saying that the incident took place because he attempted to commit sacrilege with regard to the Sarbaloh Granth. It has been reported that this deceased had been staying with the same group of Nihangs for some time," the Samyukta Kisan Morcha said in its statement, blaming the Nihangs for the incident.