1 dead, 3 injured after car falls down from flyover in Hyderabad 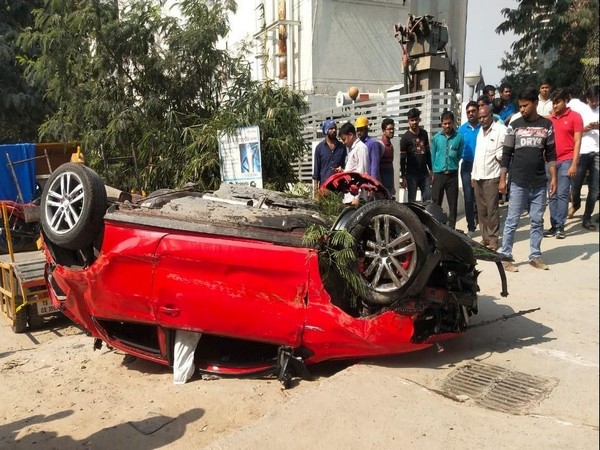 Hyderabad (Telangana): One woman died when a car fell on top of her from the Biodiversity flyover at Raidurgam circle in Hyderabad on Saturday, police said adding three persons were injured in the incident.

Venkateshwar Rao, DCP, Madhupur, told ANI over the phone: "The car fell from the biodiversity flyover after its driver suddenly lost control of the vehicle." The deceased was identified as Satyavani (40), who was standing below the flyover when the incident took place.

Three others, including the driver and two passers-by who sustained injures in the accident were shifted to the nearby hospital for treatment.

A case had been registered at the Raidurgam police station and further investigation is underway.

The biodiversity flyover has been closed for three days. Final Destination: Watch CCTV footage of car travelling at 100km/h which falls off flyover on a...