Film Museum: An ode to Cinema

Wouldn’t it be great if the world’s largest producer of films creates a worthy museum and film experience to take its rightful, proud place in cinema? Wendell Rodricks believes we can!

Most people in the loop know that I am starting work to open a museum of Goan Costume. The Moda Goa Museum will be housed in my present home and I will move out this winter to a house around the corner. It struck me then, that Indian cinema; Hindi films from Mumbai in particular, do not have a visible, widely known museum for cinephiles. Or so I imagined.

Regressing a bit, I must confide my passionate love and admiration for cinema. Serious cinema. Ever since the French Lumiere brothers made their first film ‘Grand Café’ in 1895, the moving image has been a source of fascination. People today watch the Oscars and very few note the details, like Best Foreign Film. Ask film stars and most won’t know with certainty that this year’s Oscar winner for Best Foreign Film is Hungarian film ‘Son Of Saul’ directed by Lazlo Nemes. I can watch any art house film. 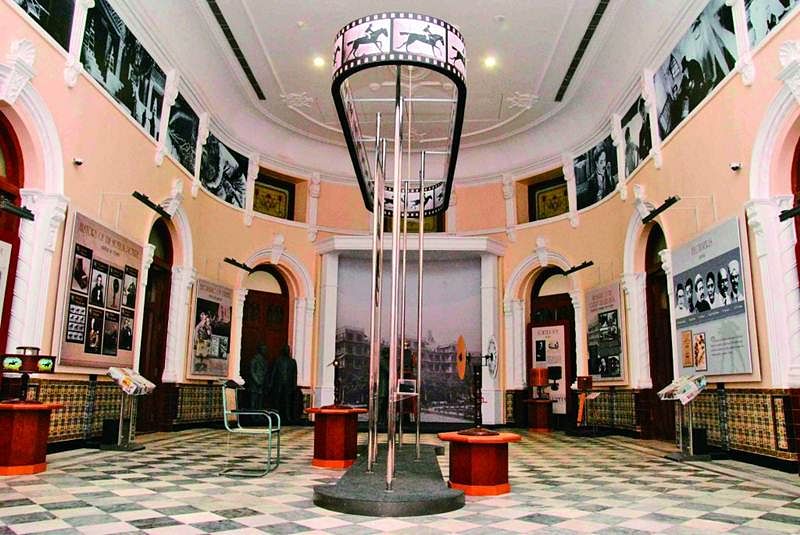 Sitting in cinema halls in China or Paris, the art of cinema is riveting. Heard of Leni Reifenstahl? Seen Fellini’s ‘La Dolce Vita’, ‘Amarcord’ or ‘8 And 1/2?’ Films like ‘The Leopard’, ‘Nosferatu’, ‘Jiro Dreams Of Sushi’, ‘Y Tu Mamam Tambien’? Iranian cinematic wonders ‘Separation’, ‘The Lizard’, ‘Children Of Heaven’ or ‘Here Without Me’? Chinese films such as ‘Farewell My Concubine’ or ‘Red Lantern’ and Malay Chinese film ‘The Journey’? A must-watch is Almodovar’s ‘Law Of Desire’ with a young Antonio Banderas playing a gay role. Nearer home, Satyajit Ray’s 1973 masterpiece, based on the Bengal Famine of 1945, ‘Oshoni Shonget’ (Distant Thunder). If you haven’t seen all of the above, please do. They are on YouTube.

When we think of a film museum, what comes to mind is a collection of films, film reels, old cinema projectors, original scripts and music scores, photographs, important sets, costumes of yore and the present? Sadly, most of the above have been lost to fire, decay and neglect. We have erred in not keeping a curatorial list of Indian cinema since the first film was shown at Watson Hotel in Bombay in 1896. 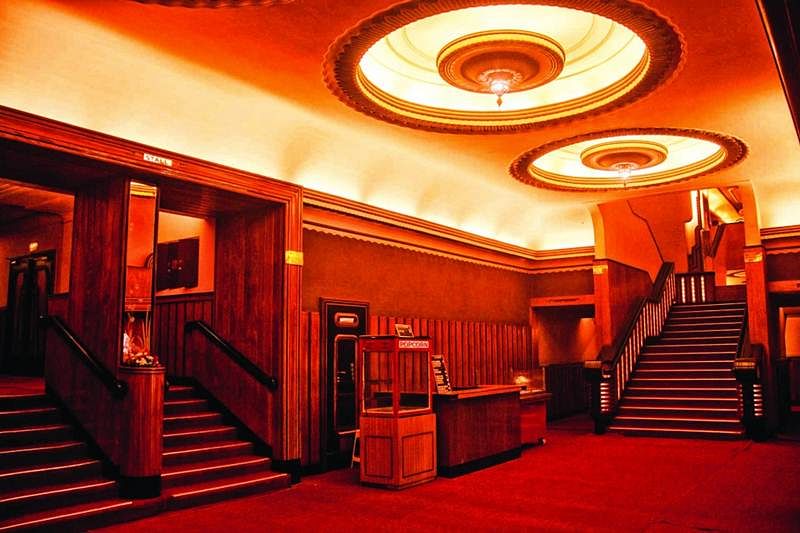 But all is not lost. There is the National Museum of India Cinema in Mumbai. Why it is not promoted more aggressively is a mystery. Within Gulshan Mahal’s grand nine room confines, one can view a wide assortment of cinephile pleasures; some interactive. Scenes from ‘Munnabhai MBBS’ were shot in this gracious house. Thanks to the initial idea and effort of cinema impresario Shyam Benegal, the museum opened its doors in February 2012.

Must Read: The Better and Bitter of Life!

Living a rat race in Mumbai, many Mumbaikars are unaware of the National Museum of Indian Cinema. Nor are they aware that on Bandra Bandstand broadwalk is the ‘Walk of the Stars’ (also inaugurated in 2012) with six bronze statues along the two kilometre stretch. This initiative was initiated and maintained by UTV/UTV Stars with hand prints or autographs on metal plaques quite like Hollywood’s Walk of Fame stars. For more Mumbai film indulgence log on to mumbaifilmcitytours.com. This Bollywood tour company that claims 45,000 visitors in the last 18 months has tied up with MTDC (Maharashtra Tourism Development Corporation) to offer a Film City Tour in Goregaon, a Bollywood Dream Tour (behind the scenes of shooting, recording music, etc.), a combo full day tour and special deals for groups, students and groups. From the comments, there are many satisfied star struck customers. One was “thrilled to see Amitabh Bachchan get into his car during the tour”.

Overseas Bollywood fans can pay US dollars and book Bollwood tours ranging from $43 to $177 through international tour agents viator.com. Their $43 tour includes a rickshaw drive that starts at Taj Lands End to Bandra Bandstand via the two SRK and Salman Khan homes for a photo stop, onto the Bandstand Walk of the Stars and ends with tourists taking in a Bollywood movie at Gaiety Galaxy theatres. There are other tours as well that are more expensive, which include meals.

All this may seem sufficient to satiate the fans. But is it? Shouldn’t the bigwigs, big money bags of the industry, throw in more? Rides and tours like at Universal Studios or Warner Brothers are a possibility. Hollywood being Hollywood, has even helicopter tours over the studios and LA for Rs.13,000. If Film City gets a plan in place, Mumbai can have the same.

Film City has 500 acres at its disposal. Much is used for film and television shoots. But it can become a studio that parallels, if not betters, those overseas. The China National Film Museum in Beijing is spread over 65 acres and is consistently rated the best film museum in the world. It is the world’s largest with six video theatres, an IMAX cinema hall, 20 exhibition halls, 1500 films, 4300 photographs and documents from over 450 film pioneers.

The Australian Centre for the Moving Image in Melbourne and the German Film Museum in Frankfurt vie for next spot. Germany also has the much acclaimed Museum of Film and Television in Berlin. It features among its magnificent archive, rare films made during the Nazi regime, including Leni Reifenstahl’s splendid documentaries on Hitler (she was an ardent admirer of the Fuhrer).

As far as film museums go, it is unusual that modern Dubai has the Dubai Moving Image Museum which, for a film museum, has even prehistoric painted images as part of their exhibits. Their Akram Miknas 25- year-old curated collection is the best part of the museum.

It is natural that Hollywood should have a five-storeyed museum with 10,000 memorabilia at The Hollywood Museum. The costume collection includes the famous one million Marilyn Monroe dress.

Talking of science and technology, the Museum of Moving Image, New York is worth a visit for its modern take on digital film. It is located at the Kaufman Astoria Studio in Queens.

Ukraine and a cinema museum? Who would have thought? But I have seen The Museum of Cinema in Odessa located in a film studio. It features consistently on world Best Film Museum lists.

Which brings us to the final two international film museums…both in the UK. Bradford in West Yorkshire is known for its cinematic past and is the first UNESCO city of film with 3.5 million objects over seven floors. Easier to access though is The London Film Museum in Covent Garden, London.

There is a world of cinema museums out there. Wouldn’t it be great if the world’s largest producer of films stands alongside to make a worthy museum and film experience to take its rightful, proud place in cinema? A lot needs to be done. But with a dream, passion and commitment, like we possess when we make a blockbuster movie in Mumbai, it can all come true.

HomeCmcmFilm Museum: An ode to Cinema