Former India cricketer Yuvraj Singh has clarified that it's not him but his brother Zorawar Singh who will be featuring in an upcoming web series.
FPJ Web Desk 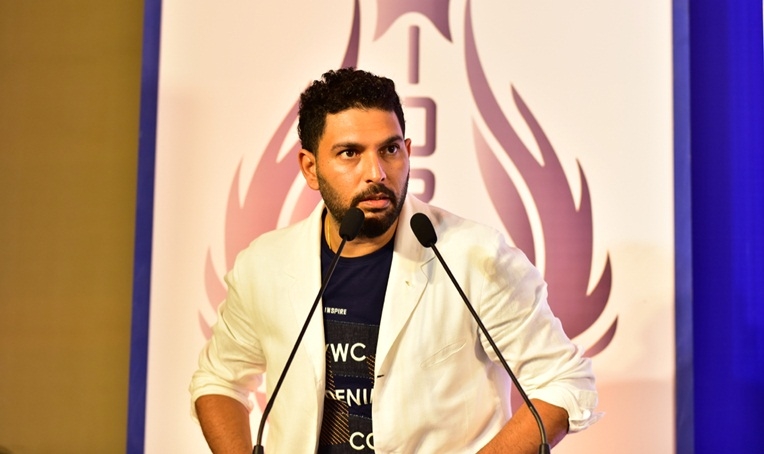 Former India cricketer Yuvraj Singh has clarified that it's not him but his brother Zorawar Singh who will be featuring in an upcoming web series. The rumours of Yuvraj Singh and his wife Hazel Keech making their debut in a web series started doing rounds of the internet, on Wednesday. And the former cricketer took to Twitter to address the rumours.

Clarifying the reports, Yuvraj wrote, "Just to put some things in to correct perspective with regards to the recent news on me making a debut into webseries is factually incorrect, the web series features my younger brother and not me. Request all my friends in media to take corrective measures on the same. ThankYou."

The web series is backed by Assam-based Dream House Productionz.

Zoravar will play the lead in the web series and their mother Shabnam Singh will also be associated with the project.

Shabnam Singh, in an interview said, ''The world will get to see the real Yuvraj Singh and Zoravar Singh. The central character of the web series is focused on my younger son Zoravar and as a mother, I am proud of both my sons and daughter-in-law,"

The production house has also introduced the T-Series Stagework Academy (TSA), a talent grooming platform, in Guwahati and students from the entire Northeast region will now get the opportunity to engage in all upcoming projects. Yuvraj Singh to star in web series with brother and wife