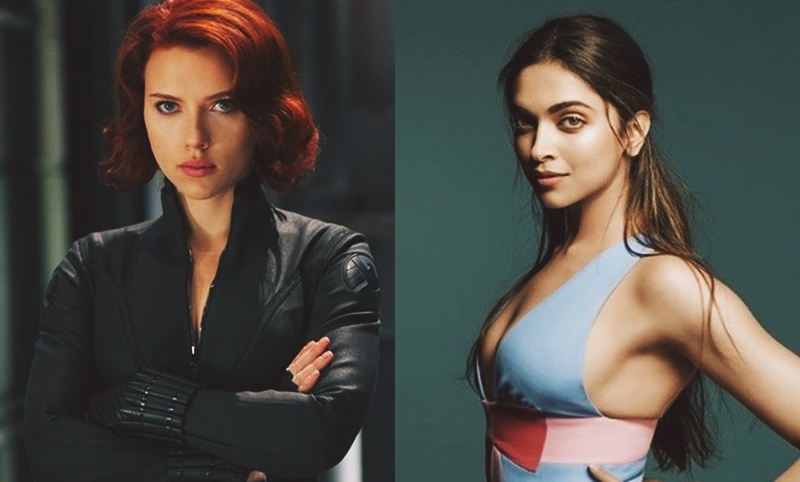 There is a connection between Deepika Padukone and Avengers: Endgame star Natasha Romanoff aka Black Widow played by Scarlett Johansson. Recently, Deepika added a new feather to her cap by featuring on the cover of Vogue magazine’s April edition. While many of you might think that this is not new for the actress, but it is. Deepika shared the cover with two international icons, one with Hollywood star and Scarlett Johansson and other with South Korean actor Doona Bae.

As you all know Scarlett Johansson plays Black Widow in Marvel movies, and now her upcoming movie Avengers: Endgame will release next month which is most anticipated film worldwide.

DP for the cover of Vogue! She always makes us proud! 💘🌏❤️ #deepveer #deepikapadukone#ranveersingh#ramleela#padmaavat#bajiraomastani

All the three ladies are dressed in pastel and beige outfits with ornate headgears made of flowers. Deepika is seen in a yellow floral dress and Scarlett is seen in a cream-coloured dress. The actors are just three of the 14 female actors from all around the world who feature in the magazine. Other names include James Bond actor Lea Seydoux, The Crown actor Vanessa Kirby, Baby Driver actor Eiza González, Elizabeth Debicki, Adesua Etomi-Wellington, Golshifteh Farahani, Liv Lisa Fries, Hera Hilmar, Bruna Marquezine and Alba Rohrwacher.