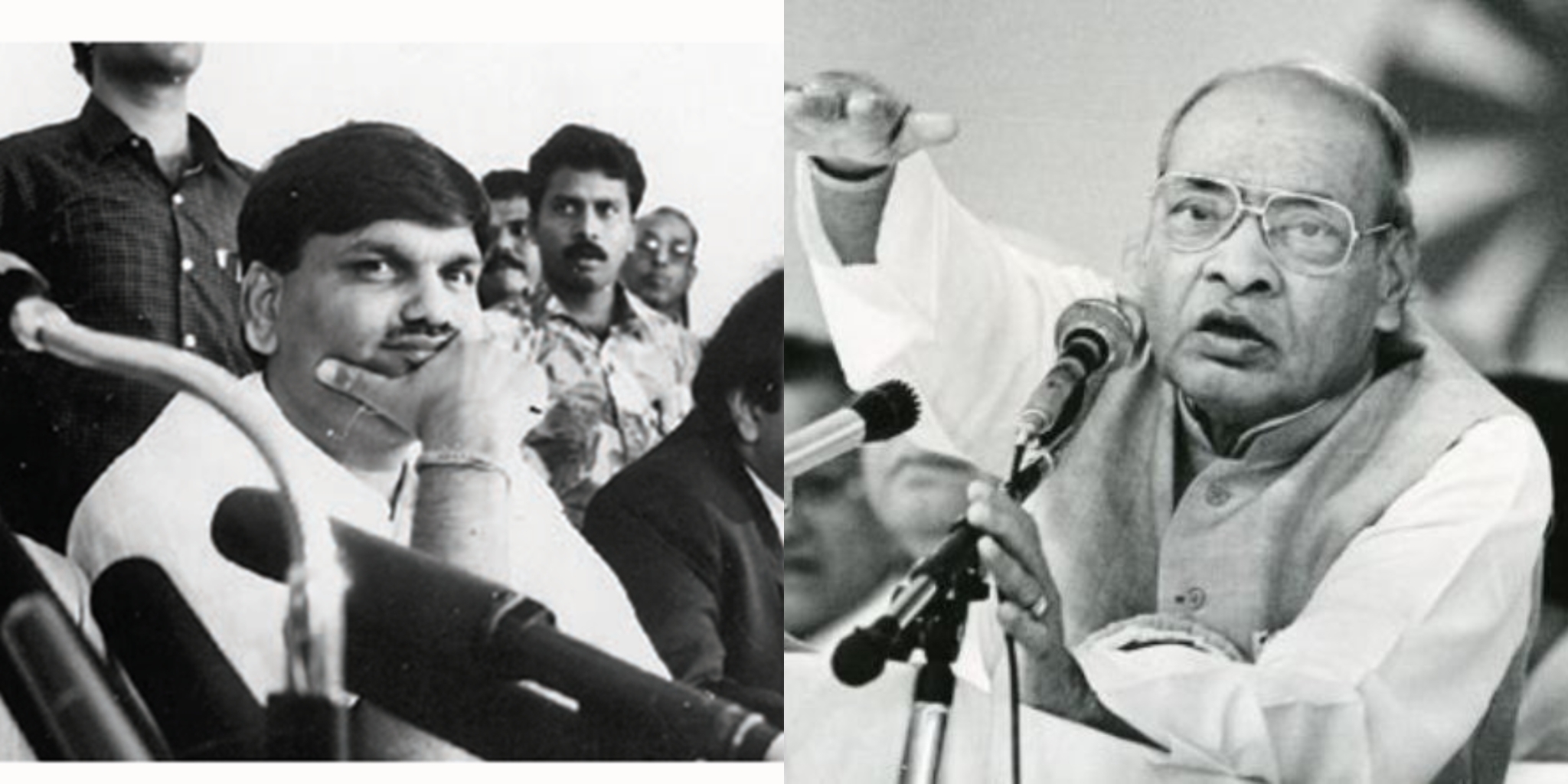 Scam 1992 is a fabulous show, perhaps the best one made for an OTT platform in India. It’s certainly smarter and more sophisticated than Sacred Games or Mirzapur, juxtaposing history with theatrics to paint a sympathetic picture of Harshad Mehta.

While one might even develop an iota of sympathy for Mehta – the scrapper who broke into the big boys’ club – it also has a lot of historical figures drop in.

Former PM Manhmohan Singh is present in his Finance Minister avatar in 1992 as is former PM Narasimha Rao, Ram ‘God’ Jethmalani, and self-christened godman Chandraswami. One of the most sublime scenes involve Jethmalani – the original gadfly – who could make every institution of India quake in his wake.

The final scene juxtaposes the technique we’ve come to expect from Netflix shows like Narcos where the real and reel world collide. In the scene, Jethmalani with the reel Harshad Mehta (brilliantly portrayed by Pratik Gandhi) holds up a suitcase as evidence that one can indeed stuff a significant amount of money. Stung, the govt claimed that PM Rao wasn't even present at 7, Race Course Road and was in his South Block Office. PVN Rao, added a dramatic flourish, claiming he'd emerge like Sita from the trial by fire.

But did they meet? However, an old India Today article notes that the rendezvous did take place, if not on Nov 4, 1991.

It states: “There seems little doubt that he did - at some stage if not on November 4, 1991, as he states - meet Rao at Race Course Road. In fact, Rao has not so far denied having ever met the broker. Moreover, the Harshad camp has dropped broad hints that it is in possession of "clinching evidence" to prove the allegations.

There was a tape that Jethmalani's son carried around which claims to be telephone conversations between the lawyer and Sunil Mittal discussing Harshad. While the article wondered about the timing, Jethmalani claimed there were 21 documents including telephone diaries, visiting card albums and telephone bills to substantiate them.

The India Today article also notes that Harshad did arrange money and was in Delhi on the fated day.
It was the first time anyone had claimed to pay the PM of the country of a bribe.

Mehta eventually died in prison in 2001 with several cases pending against him. Reel Vs Real: Sucheta Dalal, Ram Jethmalani - who played whom in 'Scam 1992: The Harshad Mehta...