Based on the book ‘The Scam: Who Won, Who Lost, Who Got Away’ by journalist Sucheta Dalal and Debashish Basu, the series portrays Harshad (Pratik Gandhi) as an ordinary middle-class man whose only aim is to see his family content and happy.
Sumeet Naik 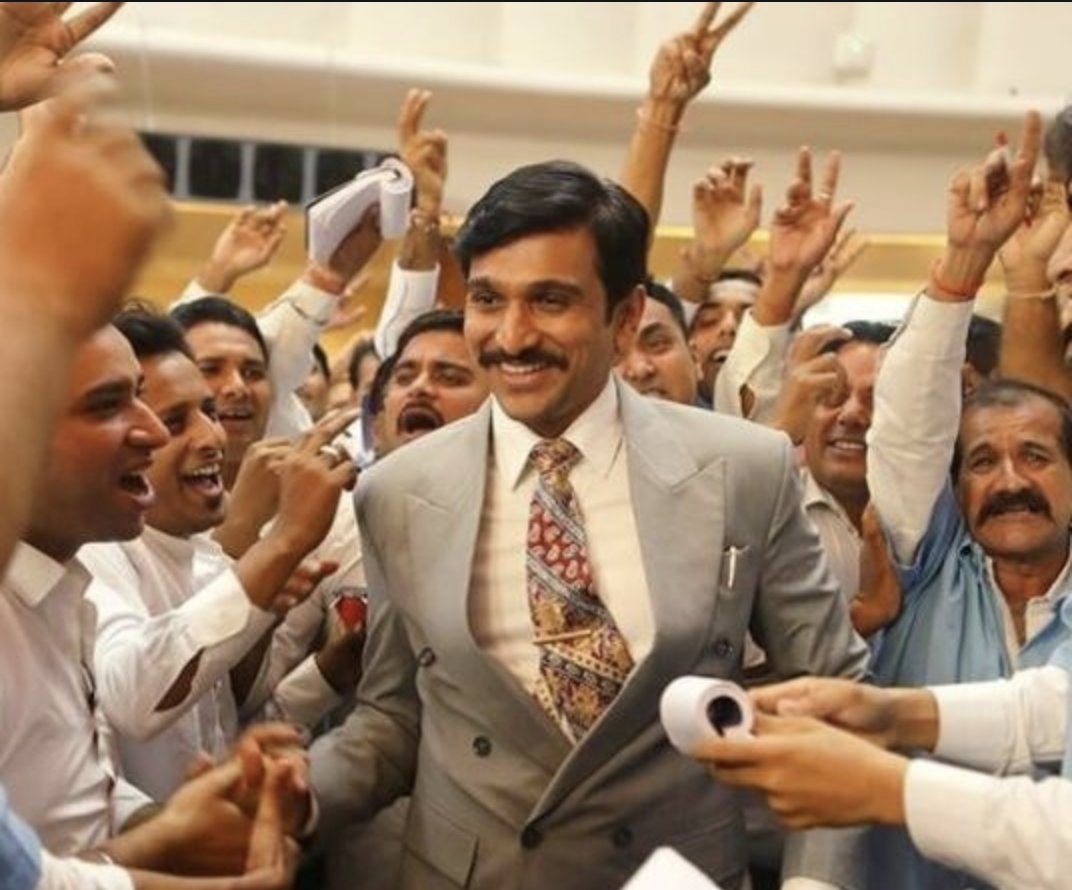 It is all about the man behind India’s biggest stock market scam ever, who turned the money market into a money-making market, coined a new term ‘Bankerage’ and ultimately changed the rules of the game on Dalal Street. The man is none other than Harshad Mehta, the ‘Big Bull’, who still rules the mind despite being long gone.

He happened to be one of the finest spin bowlers, but instead of Wankhede or Brabourne Stadium, he opted for the Bombay Stock Exchange to display his spinning abilities. Not only did he spin around the economic dynamics of India, but also the fate of middle-class investors. Harshad Shantilal Mehta, popularly known or referred to as ‘Big Bull’, ‘Cheetah’, ‘Cobra Killer’ or even Amitabh Bachchan of Dalal Street, continues to be a subject of interest for many even after almost two decades for his demise.

Hansal Mehta’s 10-episode web series, Scam 1992: The Harshad Mehta Story, is yet another bold attempt to track down the rags-to-riches path ‘scripted’ by the ‘Big Bull’. Based on the book ‘The Scam: Who Won, Who Lost, Who Got Away’ by journalist Sucheta Dalal and Debashish Basu, the series portrays Harshad (Pratik Gandhi) as an ordinary middle-class man whose only aim is to see his family content and happy. Pratik, despite not resembling so much to Harshad Mehta, has pulled off the character with great conviction along with Hemant Kher who plays the role of Harshad’s brother, Ashwin.

The series opens with a State Bank of India PRO, Sharad Bellary (Sharib Hashmi), dashing his way to the Times of India building to share something very big with the head of the news desk. In the process, he meets Business Editor Krian Ajgaonkar (Jai Mehta) who then directs him to meet TOI reporter Sucheta Dalal (Shreya Dhanwanthary).

Impactful opening by Hashmi, despite small screen presence, followed by the disclosure he makes sets the stage perfectly for the ‘Scam’ to unfold. Similarly, Rajat Kapoor, who plays CBI investigative officer K Madhavan, as well as Anant Mahadevan who portrays S. Venkitaramanan, the former RBI Governor, uplift the series in their own legendary style.

Like any other story, this one too begins in the backdrop of the past, with no modern gadgets and just a landline to flaunt in an era of personal communication and face value. The director has taken utmost care to bring out the finer nuances of a typical chawl system and its adjustments and conversations. Harshad’s family was no exception to this set-up.

After doing all kinds of small jobs, Harshad gets into BSE as a jobber for Ambalal Shet who then asks his old jobber Bhushan Bhatt (Chirag Vora) to explain to him the nuances of Stock Market Ring. Bhatt continues to be by Harshad and Ashwin’s side during the years of their meteoric rise in terms of wealth and social status.

Each phase of India’s socio-political and economic transformation is depicted with every passing episode. From Harshad’s first big kill of Manu Mundra (Satish Kaushik), popularly known as Black Cobra, to one of the biggest manipulations in the Indian stock market (until date referred to as the ‘Securities Scam’), this series has it all.

Excellent tone and grasp of stock market lingo and portrayal of unstoppable Harshad, even the costumes of every character help in giving depth to the original persona of each character. “Mehta na rajma, market majama,” this line might have been used just once in the entire series, but it conveys the psychological warfare and tactic Harshad adopted as a broker.

Like the signature line of ‘Scam 1992’, ‘risk hai toh ishq hai’, director Hansal Mehta seems to have taken a risk by investing into Harshad Mehta ‘script’. At this moment the web market looks Bullish for the Mehtas, unless a Bear enters to bring it down.

Name of the series: Scam 1992: The Harshad Mehta Story