Actress Priyanka Chopra has extended her support to Malala Yousufzai in her Instagram feud with Indian-American comedian Hasan Minhaj.

Priyanka took to Instagram to show her followers that she doesn't follow Hasan back on Instagram. Along with the screenshot, Priyanka wrote a message for Malala - "Same girl same @malala Looks like he prefers petty over funny," and tagged Hasan Minhaj, and Nick Jonas on the story. Recently, Malala unfollowed Hasan Minhaj on Instagram. This comes as a retaliatory action against Hasan who recently revealed that he doesn't follow Malala on the application even though she does.

So, what really happened between Malala and Hasan Minhaj?

A while ago, Malala took to her Instagram story and shared a reel wherein Hasan can be heard saying, "All right, s**t's gotten out of hand. On October 4th I made a joke about Nobel Peace Prize Winner Malala Yousafzai. I said she follows me on Instagram and I don't follow her back. Then on October 5th, she retaliated. She puts up an Instagram story that says 'Should I unfollow Hasan Minhaj? 39% of her voters said 'Who is this man?' 38% of them said 'Yes.' Instead of doing a runoff, she unfollowed me on Instagram. I'm sorry Malala. Follow me back. I don't know if I will follow you, though. I am that petty."

Then Malala wrote a message with the reel - "thanks to everyone who sent me this video because I no longer follow this man."

And, soon after, Priyanka Chopra came in support of Malala and shared a screenshot showing that even she doesn't follow Hasan back on Instagram.

Priyanka and Malala are considered to be close. Recently, the two met in New York during the UNGA meeting. They even dined together in Priyanka's restaurant 'Sona' later on. 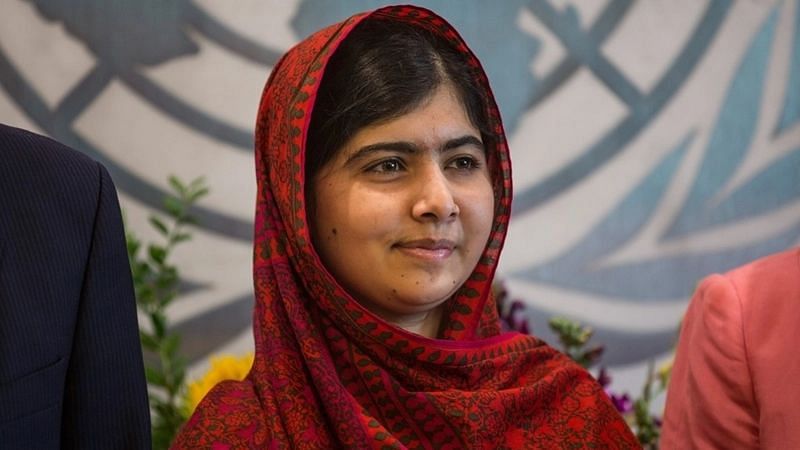 Moving on to Priyanka's work front, Priyanka will be seen in international projects such as 'It's All Coming Back To Me', and the series 'Citadel'.

Produced by Russo Brothers, 'Citadel' will hit the OTT on Prime Video. The upcoming sci-fi drama series is being directed by Patrick Morgan and stars Richard Madden alongside Priyanka.

In Bollywood, she will be starring with Alia Bhatt and Katrina Kaif in Farhan Akhtar's 'Jee Le Zaraa', which promises to be another tale of friendship following the lineage of 'Dil Chahta Hai' and 'Zindagi Na Milegi Dobara', both of which have become cult classics over the years.

Read Also
Katrina Kaif reveals she wants to haunt Priyanka Chopra for a day, find out why