Photos: Bhuvan Bam meets The Professor and other 'Money Heist' actors in Madrid; gives them ideas to kill Arturo

In the photos, he can be seen interacting with the Professor, Tokyo, Raquel and Berlin
FPJ Web Desk 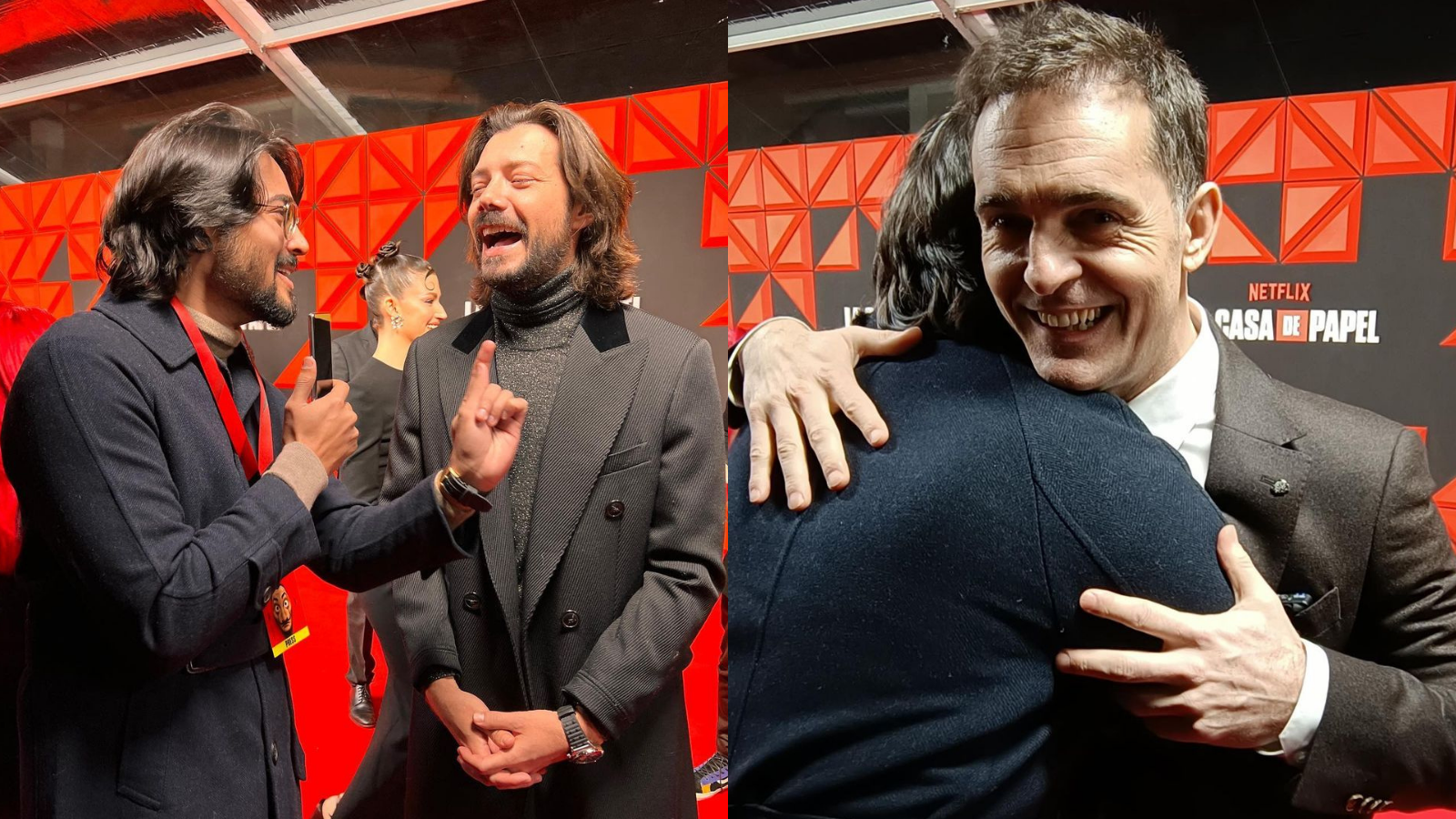 Actor and YouTube sensation Bhuvan Bam met 'Money Heist's cast in Madrid, ahead of the much-awaited release of Part 2 of Season 5 of the show.

Taking to his Instagram account on Wednesday, Bhuvan shared a series of pictures from the event with his fans and followers.

In the photos, he can be seen interacting with actors Álvaro Morte, Úrsula Corberó, Itziar Ituño and Pedro Alonso. For the uninitiated, the actors play the roles of Professor, Tokyo, Raquel and Berlin respectively.

In one of the photos, he can also be seen hugging Pedro Alonso.

"Gave them ideas on how to kill Arturo..#BBxMoneyHeist," he captioned his post.

The Netflix series debuted in 2017 and traces two heists pulled off by a ragtag group of thieves, led by the enigmatic The Professor (Alvaro Morte) -- one on the Royal Mint of Spain, and one on the Bank of Spain.

The fifth and final season of the popular Spanish series has been divided into two parts of five episodes each. The first five had debuted on Netflix on September 3.

The last episode of the first half of the last season had a heartbreaking ending for most fans. #MoneyHeist: Netizens are losing it over Ayushmann Khurrana's uncanny resemblance to Professor; have...