'Life goes on': Akshay Kumar to fly back to London and resume shoot for Ranjit Tiwari’s spy thriller soon

The actor put up an emotional post on his birthday for his late mother, Aruna Bhatia
Subhash K Jha 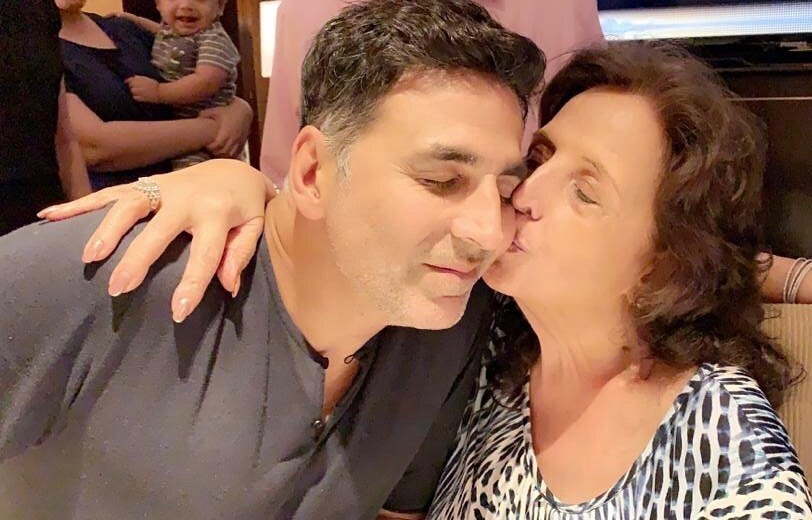 On his 54th birthday on Thursday, Akshay Kumar took to social media to pen an emotional note for his late mother, Aruna Bhatia. “Would have never liked it this way but am sure mom is singing Happy Birthday to me from right up there! Thanks to each one of you for your condolences and wishes alike. Life goes on,” Akshay wrote in a social media post. Aruna Bhatia, passed away on Wednesday, two days after she was admitted to a hospital in Mumbai.

Akshay, who was in London shooting for Ranjit Tiwari’s spy thriller, Cinderella (tentative title), had to rush back to India when he heard about his mom’s ill-health. However, the actor not wanting to disrupt the movie schedule intends to fly to UK soon and resume the shoot. “Akshay won’t allow any project to suffer on his account, no matter how grave the situation. He will fly back soon and resume filming,” says a close friend of Akshay.

Akshay had become overly protective of his mother since his father’s demise. “Her every wish of is my command,” the actor had once said. “Maa does her own thing. She has her friends, kitty parties, get-togethers, charity events, etc. She is busier than I am,” Akshay had said during an interview with this writer.

Vindu Dara Singh, a close friend of Akshay, is in Mussoorie for a shoot. Expressing regret of not being present for his friend during such a time, Vindu said, “I am here for a forty-day shoot for a film titled Forensic, with Vikrant Massey and Radhika Apte. I couldn’t attend my friend Sidharth Shukla’s cremation, nor was I there to see Akshay’s mother off. I know how close Akshay was to his mother. His mother meant the world to him.” In Pics: Kareena Kapoor, Saif Ali Khan and others arrive at Akshay Kumar's residence to offer...