The actor-comedian opens up about Bhool Bhulaiyaa 2, his character Chhote Pandit, bond with co-star and completing 25 years in the film industry 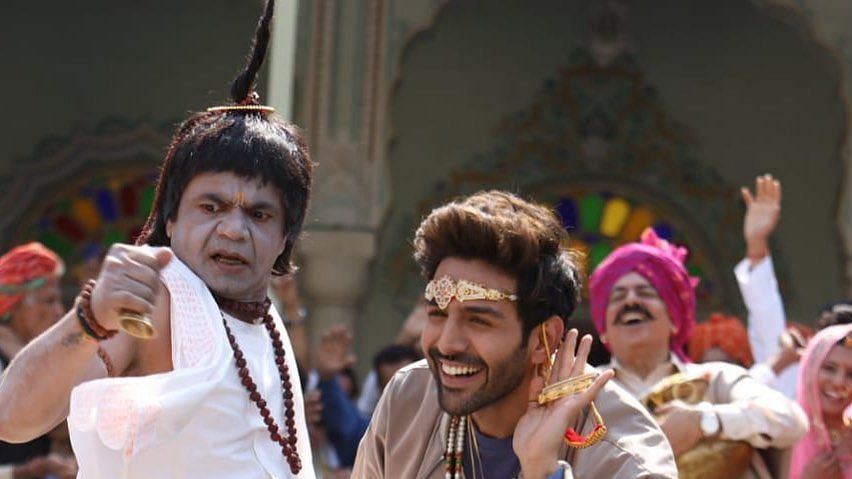 Rajpal Yadav, who has been entertaining the audience for 25 years, will next be seen in Bhool Bhulaiyaa 2. The film is directed by Anees Bazmee and stars Kartik Aaryan, Kiara Advani and Tabu. The Free Press Journal caught up with the actor-comedian for an exclusive chat.

Sharing his experience of working on the film, the actor says, "It was amazing. Due to the pandemic, we faced some difficulties during the shoot. But hats off to the producers and director for their courage and spirit and not giving up. It's a big film, and there were a lot of crew members working together. But it was wonderful how everyone worked hard during the pandemic while following all the safety precautions. It feels great now that the film has been made and is ready to be released."

Rajpal had worked with Anees for the first time in Mujhse Shaadi Karogi. On reuniting with the director, he shares, "Anees is one of my good friends. I met him for the first time on the sets of Mujhse Shaadi Karogi, and since then, we have worked together on several films. I always enjoy working with him. He has given so many years of his life to cinema, and he is truly a legend." A still from Bhool Bhulaiyaa 2

Rajpal Yadav is also all praise for Kartik. "The experience of working with Kartik was great. Haste khelte Kartik ne iss film mein kaam kiya hai. It was a challenging role for Kartik but believe me, he has done a fantastic job. When we met on the first day, it didn't feel even for a moment like we've not met before. Even though we worked for the first time, it felt like we've known each other for many years. Aisa laga hriday se ek dusre ko bahut pehle se pyaar karte hai. Kartik's performance in Bhool Bhulaiyaa 2 will definitely touch the hearts of the audience. His performance in the climax is one of the major highlights of the film," he explains.

Bhool Bhulaiyaa, starring Akshay Kumar and Vidya Balan, was a huge hit and is still loved by fans. On a parting note, we ask Rajpal if Bhool Bhulaiyaa 2 will fulfil the expectations of the audience. "The story of our upcoming film is different, and I just hope that the audiences shower the same kind of love on Bhool Bhulaiyaa 2 as well," he avers.

Over the years, Rajpal has gained a lot of appreciation for his versatile roles in films. Although he got success in playing negative roles initially, he was seen essaying comic characters after that. He will complete 25 years in Bollywood next month. "I never think of doing comedy or tragedy. Whatever opportunities I get, I try to do justice to them. I enjoy playing different characters. For me entertaining the audience is important, and I just look forward to doing that in whichever way possible. I started my Bollywood journey by playing a negative role in the film Jungle. Even in Main Madhuri Dixit Banna Chahti Hoon!, I had a very serious role and then again in Maine Dil Tujhko Diya, I had a negative role. So, I consider myself the luckiest person in this world to have got the opportunities to play different kinds of roles. I don't restrict myself ki yeh hi type ke roles karne hai. I have always portrayed versatile characters on screen and will continue to do that in the future. Also, whatever I am today, it is because of the audience and my fans," he concludes.