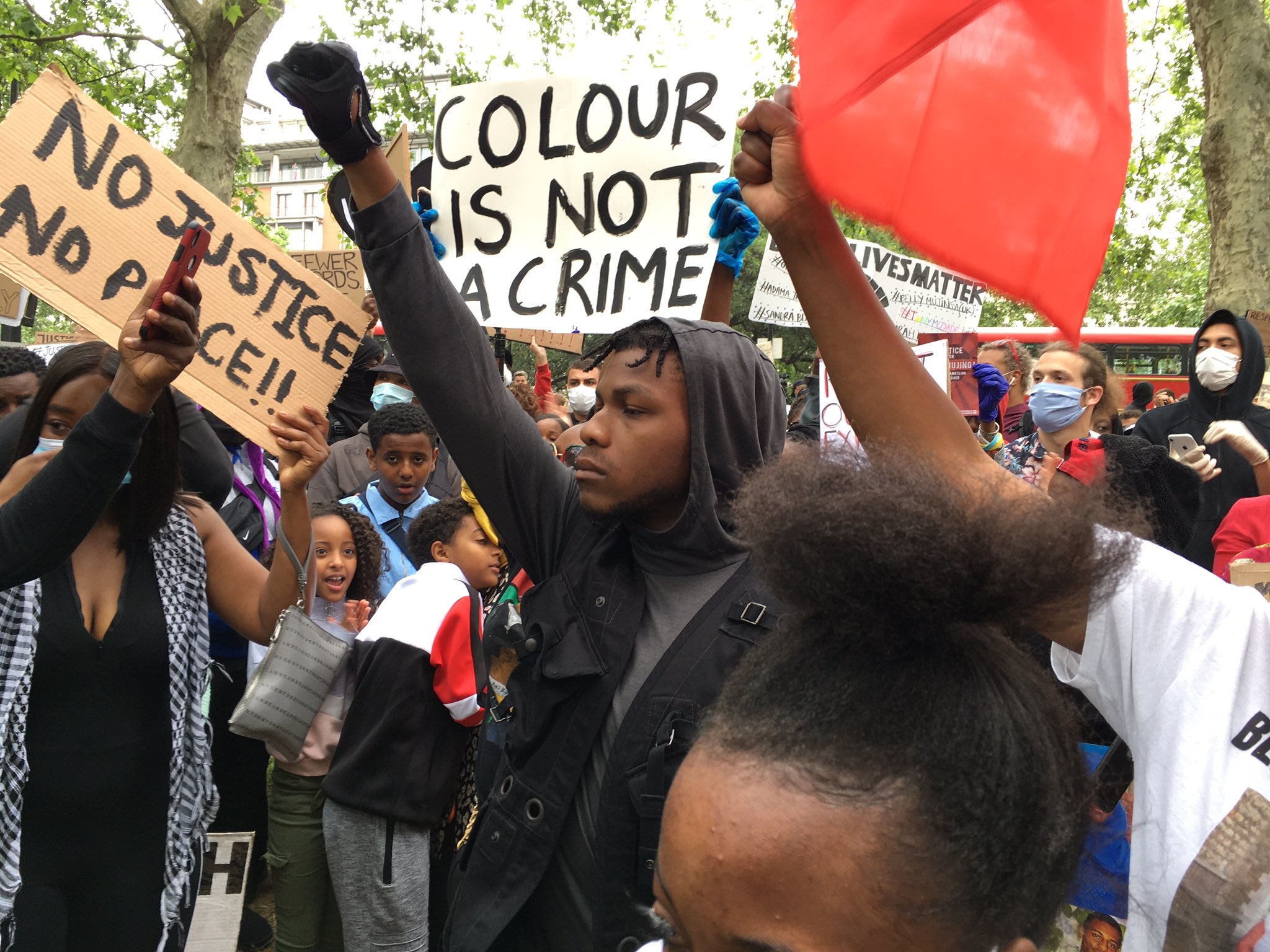 Los Angeles: "Star Wars" actor John Boyega does not know if he will have a career in Hollywood after aggressively speaking up against racism, but he doesn't care.

The actor joined protesters in London's Hyde Park to show his support for the Black Lives Matter movement. In a footage captured by the Evening Standard, Boyega is seen delivering a powerful speech, while asserting that he is risking his career by sharing his views, reports foxnews.com.

After his passionate speech, Hollywood stars rose in support for Boyega.

Filmmaker JJ Abrams wrote on Twitter: ""You KNOW that as long as I'm allowed to keep working, I'll always be begging to work with you. Deep respect and love, my friend."

The official "Star Wars" account also stood up for the actor, who played Finn in three "Star Wars" films.

"We stand with and support you, @JohnBoyega," "Star Wars" tweeted on behalf of LucasFilm.

His co-star in the franchise, Mark Hamill, wrote: "Never been more proud of you, John."

"Black Mirror" creator Charlie Brooker wrote: "I would crawl through a barrel of broken glass to have John Boyega even so much as *glance* at one of my scripts", and Oscar-winning director Jordan Peele wrote: "We got you, John".