HomeEntertainmentIFFI Spotlight 2021: Foreign films rule the show on the final day of the fest

IFFI Spotlight 2021: Foreign films rule the show on the final day of the fest

Tunisian filmmaker Kaouther Ben Hania’s 2020 film The Man Who Sold His Skin is an entry from France and Tunisia under the World Panorama section at the 51st edition of International Film Festival of India (IFFI) at Goa. The screening of the film on Day 9 of the festival also marks the Indian premiere of the 104-minute film. The story revolves around a Syrian refugee who escapes the civil war in his country and leaves for Lebanon.

The film depicts the extent to which the man is willing to go, to chase his dreams and live a life he desires. He agrees to get tattooed by an artist and be exhibited to be able to go to Brussels to meet his ex-girlfriend. The refugee has been portrayed by Syrian newcomer Yahya Mahayni, who has received several accolades for his performance. 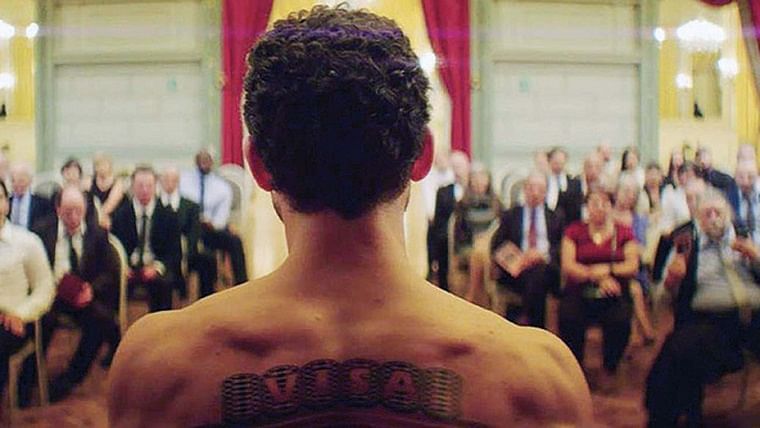 The Man Who Sold His Skin |

The director was inspired by Belgian artist Wim Delvoye’s dramatic human canvas work. The artist has made a cameo appearance in the film that also stars Monica Bellucci. The film has been shot in English, Arabic and French. Kaouther, who has also written the screenplay for the film, studied cinema in Tunisia and France and has several short films to her credit that have been screened at various international film festivals.

The world premiere of the film happened at the 77th Venice Film Festival 2020, as part of the Horizons (Orizzonti) section of the festival. Here, it won the Best Film and the Best Actor (Yahya Mahayni) awards. Kaouther won the Edipo Re Award, one of the festival's collateral prizes. Still from Running Against The Wind |

Later, the film premiered in the Middle East at the El Gouna Film Festival 2020 in Egypt and was declared the Best Arab Film in the Feature Narrative Competition. It has also won the Best Screenplay award at the 2020 Stockholm Film Festival and the Best International Co-production at the 26th edition of Lumieres Awards in France that concluded on 19 January 2021.

The Man Who Sold His Skin is also representing Tunisia at the Oscars in the international feature film category.

A virtual ‘In Conversation’ session was conducted with renowned cinematographer C K Muraleedharan in conversation with film critic Baradwaj Rangan on the ‘Portrait of an Artist as DOP.’

A native of Kerala and a 1987-graduate of the Film and Television Institute of India (FTII), Muraleedharan is one of the most accomplished cinematographers in the country. He has worked in several Hindi, Telugu and Malayalam films including Mohenjo Daro, PK, etc.

During the session, he explained how artists borrow a lot from theatre. They take forward the lessons they draw from theatre into other mediums of art. He said, “A cinematographer is more than a ‘technician’. Cinematography has returned to ‘painting’.” He further noted that general understanding of filmmaking is very narrow and limited.

On the scope of cinematography, Muraleedharan said that 90 per cent of Indian films aren’t exactly visual and a lot more needs to be done.

At a press conference, director Ruxandra Ghițescu, of the Romanian film Otto the Barbarian, addressed the media and explained the motivation behind the film. The film tackles the traumas of adolescence, particularly the mental health issues. 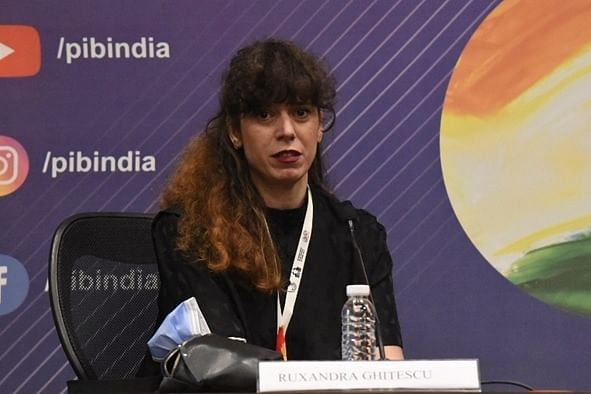 The film director noted, “Through his story, the film highlights mental health issues that society does not know how to deal with. Mental diseases remain unidentified. The 110-minute film aims to create awareness about depression, something that is not easily recognised.”

The film premiered in India at the 51st IFFI. Mental health issues are often neglected and with Otto The Barbarian the Romanian filmmaker aims to start a conversation on the agony of such people. “I wanted to emphasise the most on the need for empathy towards the grief and hopelessness of people who face the suicide of someone close to them,” maintained Ruxandra Ghițescu.

German Director Jan Philipp Weyl’s Ethiopian drama film, Running Against The Wind, was presented in the World Panorama section of the film festival. The movie was made in Ethiopian official language, Amharic, and set in Germany and Ethiopia. 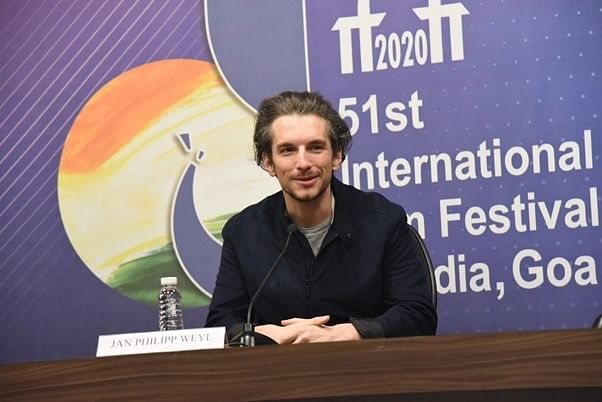 The director said, “My movie is inspired by Indian films Salaam Bombay and Slumdog Millionaire.” The film chronicles the life of two young boys who grow up together in a village in Ethiopia until their lives are changed forever, putting them on disparate paths of life. Filmmaker Jan Philipp Weyl is also a producer and known for movies like Running Buena Vista Chico and The Three Musketeers.

The film festival, which came to a glittering close on Sunday, saw the Danish film, "Into the Darkness," winning the prestigious Golden Peacock award for ‘Best Film’. Award for the ‘Best Director’ was presented to Chen-Nien Ko, who directed the Taiwanese film "Silent Forest". Tzu-Chuan Liu, the lead actor in "Silent Forest," won the ‘Best Male Actor’ award, while the ‘Best Female Actor’ award went to Polish actor Zofia Stafiej for her performance in "I Never Cry". The ‘Special Jury’ award was presented to the film ‘February’. Brazilian Director Cassio Pereira Dos Santos won the ‘Best Debut Director’ award and a cash prize of Rs 15 lakh for his film "Valentina". The ICFT-UNESCO Gandhi Award was presented to Palestinian director Ameen Nayfeh's Arabic fim '200 Metres'.