'I have found an older brother in Ranveer Singh': Varun Sharma gets candid about his journey, and new show 'Chutzpah' 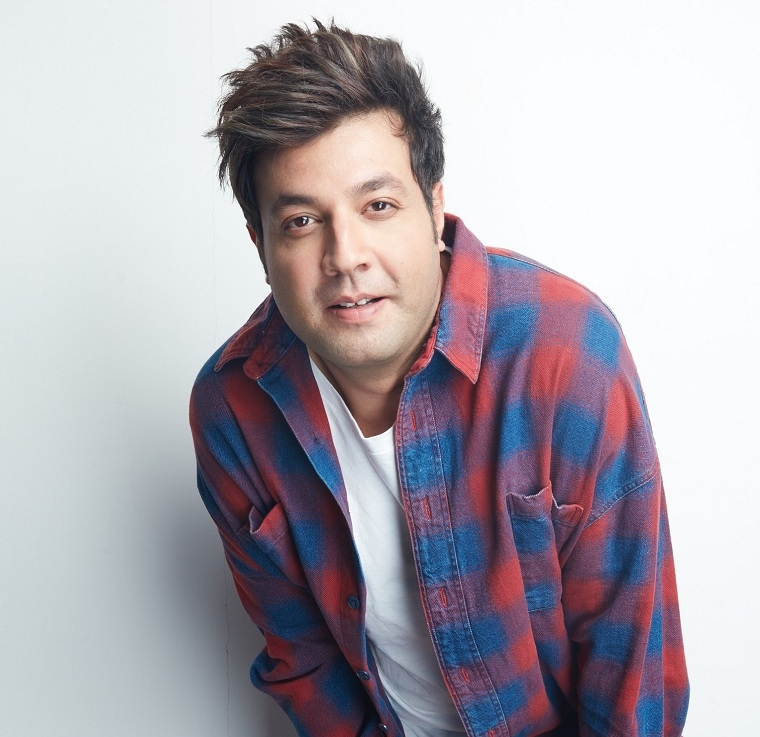 From Fukrey's Chucha to Chhichhore's Sexa, Varun Sharma has been making us laugh through the characters he has played on screen. However, in his latest show, Chutzpah, Varun says the audience will see him in a new light. In a heartfelt chat, the actor opens up about the show, living up to the audience expectations, shooting Cirkus with Rohit Shetty and Ranveer Singh, and more. Excerpts:

Tell us about Chutzpah. What prompted you to say yes?

It is an interesting show. It talks about the digital world, the media, social media, and how it is affecting the lives of people. It's told through five different stories in the show. Today, we wake up with the internet and go to sleep with it as well. Hence, it was important to make a show on the subject and to portray what lengths people go to in the world of the web. When I heard the story, I was excited and immediately said yes. I hope people like it.

Most of Chutzpah has been shot in the form of Zoom calls. What was the experience like to shoot in a different format?

The process was interesting, though it was a bit difficult to shoot as it took us time to figure out how we are going to do it. A major part of the show I have shot for is in front of the green screen, laptop screen, iPad screen, or phone screen because the show is about video calls and the virtual world. So, for a major part of the shoot, my co-actor was a blank screen.

Manjot Singh's character in the show loves to watch 'adult' content. Were you not tempted to do that role, considering you played a similar character, Sexa, in Chhichhore?

Sexa was one of the most interesting characters I played and it is close to my heart. As for playing Manjot's character, I would happily stick to my character, Vikas, because it was fun to play and toy around with that. It is a different kind of character and has a different arc. I've tried to do something different and I hope people like my part in the show. Manjot has done an amazing job as well and I am sure people will love him for the same.

Do you think you are getting typecast in comic roles, given your choice of characters so far?

I don't think I am getting typecast in comic roles. Comedy is something I absolutely love doing. I love to make people laugh. It's a blessing for any actor, or for any individual for that matter, to be able to make the other person laugh and smile. So, when I get to do the same through the biggest medium in our country, I feel honoured.

Does that put extra pressure on you to create laughs even in serious situations?

The pressure is always there because the audience has a certain kind of expectation when I portray a character. It's a healthy pressure to have on oneself. It motivates me to do my best for every character that I take up, and make it better or take it a notch higher than the previous one.

Has Chhichhore changed the way filmmakers and the audience look at you?

Yes, Chhichhore has changed a lot of things for me, in a good way. And, bettter avenues have opened up post that. There's a different light that people now see me in.

What next after Chutzpah?

After this, I will be working on Cirkus with Rohit Shetty sir and Ranveer Singh. We have shot major parts of the film. Also, Fukrey 3 is in the pipeline and I am excited about that. It's a special series for all of us, especially for me because I made my debut with it. Once things normalise a bit, we will kick off the shoot.

Tell us about your character in Cirkus.

I cannot talk much about the film or the character right now. But, all I can say is it has been a magical journey. It's a blessing to be working under the guidance of and to be directed by Rohit [Shetty] sir, and to be a part of his family and team. I have found an older brother in Ranveer Singh; he's super energetic. I had a blast working on this film.