Supermodel, beauty queen and actor… Who doesn’t know Miss India Universe 2008 Simran Kaur Mundi, who was in the news some time back for her marriage to beau Gurickk, son of legendary Punjabi singer-actor Gurdas Mann and her acting debut in the Hindi film Jo Hum Chahein? Well, she’s back in the news and this time it’s because of the rave reviews her latest show, Chakravyuh – An Inspector Virkar Crime Thriller, streaming on MX Player, is garnering. Read on as Simran talks about her journey from a Guest Relations Executive to beauty queen, to an actor, her show Chakravyuh, and more. Excerpts:

Your journey in the glam world has been so exciting. Could you tell us about it?

I was a complete tomboy and my idea of entering the Miss India contest was to get free grooming, have loads of fun and get the best advice from experts. And guess what, I won the contest! My life changed overnight — imagine the same Multiplex where I would be selling tickets (I worked at Fame AdLabs) and taking care of celebrities, after just a year I was going there as a celebrity— and another girl was selling tickets for my show. That was a huge shift for me.

After that, I have been on a rollercoaster ride. I started modelling after a point of time but then modelling gets monotonous, so I started doing films after three years. Films gave me happiness, emoting different emotions — sometimes you play roles that you don’t relate to, but you still get the experience to act the characters. So, my hunger for playing those characters started growing, and honestly, getting the role of the ‘quintessential pretty girl’ was not what I wanted to do. Thus, consciously wanting to break the norm of just being a glam doll, I did different roles. To keep afloat, I had to do a few roles simply because out of sight is out of mind. But the majority of work that I have done, I did only because I truly believed in the project. With the advent of the OTT, there are so many opportunities for all actors and Chakravyuh was indeed a great opportunity.

Could you elaborate a bit about your character in Chakravyuh?

My character’s name is Naina. I play a psychiatrist and student councillor of sorts. She is basically doing her normal job and suddenly, Inspector Virkar comes into her life when something goes wrong with one of the students. That is where she needs Virkar and is stuck in this Chaķravyuh to find the killer who is the main culprit of this crazy cat ‘n’ mouse chase journey. She finds Virkar who is stone-hearted but his heart melts and he falls in love with her.

Do you enjoy thrillers?

I have always been fascinated by thrillers. I love watching suspense and mystery genres. I must have seen every thriller — be it on OTT or otherwise. And I always wanted to be part of a great thriller, so Chakravyuh was perfect more so I also have a good character in it. I think, I have done justice to my role.

How was it working with Prateik Babbar?

Prateik is a brilliant actor and a very sweet person. I had never interacted with him earlier, so I didn’t know what to expect. But the first day when we met on the sets, we instantly clicked. It felt like we were old friends. In his character of Virkar, he had to have feelings yet not show them. He was great and it was a wonderful experience working with him.

So, did you discuss about his late mother Smita Patil?

We did not speak about his mom, Smita. My in-law's family and his family have a lot of connections, so that is what we discussed.

How did you meet your husband Gurickk, son of legendary Punjabi singer actor Gurdas Maan?

I was working at Fame AdLabs and my job was to take care of the guests being the Guest Relations Executive there. I was responsible for all the celebrities who came to the Multiplex, and I had to make sure that they all had a good experience. I would book their tickets and make sure their refreshments like Pepsi and popcorn were sent in time. Gurickk was an important guest. At that point, I was preparing for my MBA and had just graduated in BioTechnology. He told me that he had been keeping an eye on me from the time I became Miss India to the time I did films — soon we met and started talking. After five years of relationship, we got married and we are now based in Mumbai.

What do you think of the OTT as a platform?

The OTT platform is great. During the pandemic, we were all entertained owing to the existence of the OTT. It gave us many options to watch varied shows. The OTT platform has also opened up avenues for actors. It’s a blessing. 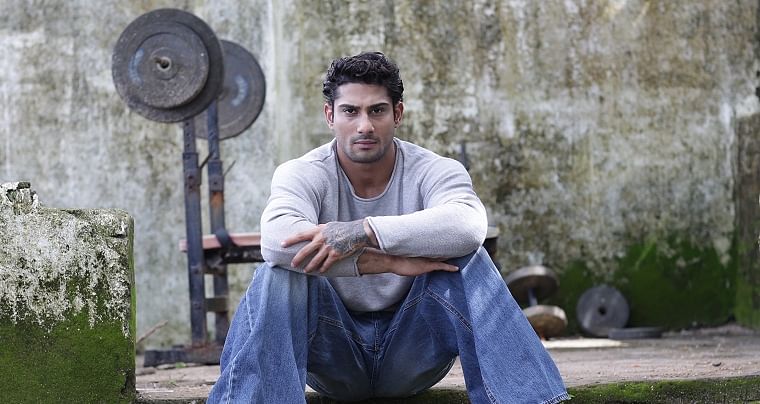 WATCH: Adil Khan Durrani arrested in Mumbai after Rakhi Sawant accuses him of cheating, having...