The clouds of worry seem to be hovering over everything related to 'Game of Thrones'. After fans complained of dimly-lit scenes in episode seven of the prequel series, 'House of the Dragon', they are now boycotting the bestselling fantasy author and 'House of the Dragon' executive producer George R.R. Martin's upcoming book, reports Variety.

Martin is caught in the crossfire of the heated battle over inclusive casting and some of his fans are calling for a boycott of his upcoming book due to comments by its co-authors.

According to Variety, 'The Rise of the Dragon: An Illustrated History of the Targaryen Dynasty, Volume One' is being touted as a "deluxe reference book" for those itching to learn more about Westeros' most powerful family. 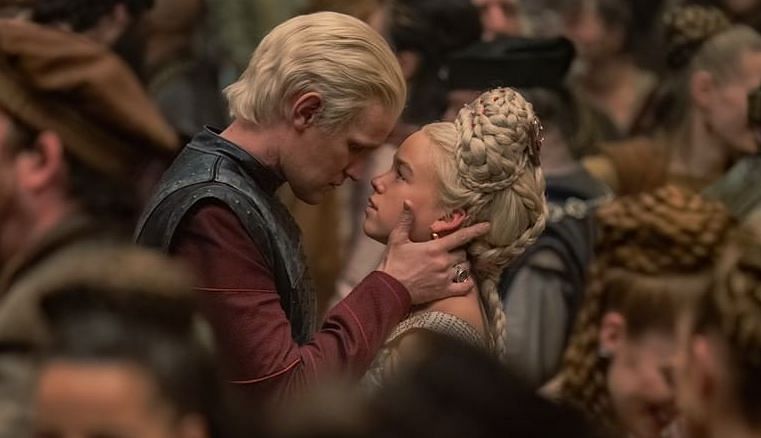 When Martin publicised it on social media last week, thousands of fans responded in outrage, many calling out the problematic behaviour and "history of racism" of his coauthors, married couple Linda Antonsson and Elio M. Garcia Jr. "I will not be buying anything with Linda and Elio attached to it," one wrote, while others urged Martin to sever ties with the pair.

Now the co-authors are fighting back, with Antonsson insisting to Variety that she is not a racist and Garcia saying he feels under attack for sticking to his views about Martin's original works.

Variety further states that the 'Game of Thrones' superfans have been collaborating with Martin since before HBO's hit adaptation of his 'Song of Ice and Fire' books. Soon after Antonsson and Garcia created online forum Westeros.org in 1999, Martin recruited them as fact-checkers for his book 'Feast for Crows.' In 2014, they served as co-authors on 'The World of Ice & Fire', an illustrated companion book for the series of novels.