Exclusive! Dhanush reveals why he is choosy about Bollywood films

The actor spoke to Free Press Journal about his upcoming film Atrangi Re, equation with Aanand L Rai, and more
Rohit Bhatnagar 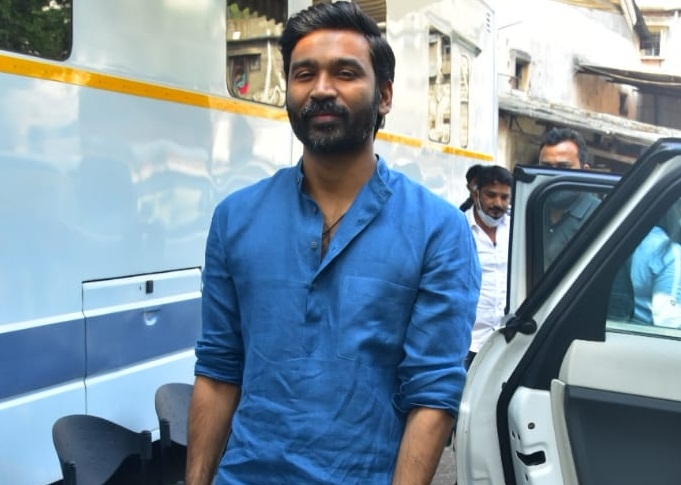 When the trailer of Atrangi Re released, fans were delighted to see Dhanush back in a Bollywood film after more than five years. The film also stars Sara Ali Khan and Akshay Kumar. After impressing one and all in his Hindi debut Raanjhanaa (2013), Dhanush had acted in Shamitabh (2015) alongside Amitabh Bachchan and then got busy doing South projects. The Kolavari di maverick caught up with us for a candid conversation. Excerpts:

Atrangi Re is your second collaboration with Aanand L Rai after Raanjhanaa, you two seem to be very compatible with one other…

It’s neither my film nor Sara’s, it is an out-and-out Aanand L Rai film. Atrangi Re belongs to him. I am just a part of his magic show, and believe me, he has created magic. I am glad I could be a part of it.”

Do you feel you both are at par with each other in terms of creative sensibilities?

Magic happens when the actor surrenders to the director. The actor’s job is to understand where the maker is coming from, with Aanand, I could do it in my dream. It is their story and character, and they will know better than me. And, if I could do something for his story like in Atrangi Re, I would be very happy.

Considering you work in several languages, why are you so picky in doing Hindi films?

It is not that I am consciously away from Hindi cinema. In fact, I get to be a part of many beautiful stories like Atrangi Re, but everything should fall in place. When the right story comes to me, I should have dates and vice versa. I am a busy man since I am doing a lot of work down South, but somehow Aanand manages to do that. For Atrangi Re, he told me a year ago that he would be needing me at this particular time. I don’t even need a story from him, he wants me, and I am available. People are going to see me more henceforth.

Also, you get to romance beautiful ladies like Sonam Kapoor and Sara in his films...

Well, it’s not just Sonam and Sara. I get to romance with very beautiful ladies and fantastic talent down South like Nithya Menen, Sai Pallavi, Aishwarya, etc.

You are an Indian actor. Do you believe that Bollywood, in particular, is a male-dominated industry?

I don’t know what to say. I am a humble and simple actor who just read the scripts and play the roles. Such intelligent questions scare me. I would not like to answer such a question that is beyond my understanding (laughs).

What is your character about in Atrangi Re?

I am not playing anything new as you must have seen actors playing these kinds of roles before. Yes, I am romancing Sara, and people are thinking that it is a triangle love story, but it is fresh and unusual like the title suggests. Audiences would be very surprised when you’ll see the film.

Do you believe that AR Rahman’s music enhances your act in Aanand’s films?

AR Rahman’s music enhances everything! It enhances the mood and life.

Atrangi Re is releasing on an OTT platform. What’s your take on the digital space?

It has its pros and cons. Pros like it has opened doors for actors and cons being a lot of lives dependent on the theatres like a vendor selling groundnuts outside the theatre, the exhibitors etc., have been impacted. I sincerely feel we should find a balance. Theatrical is not just business but its culture, and it should thrive.