'Teen Bahuraniyan' is one such unusual and lesser-talked-about film of Shashikala, in which she neither played a vamp nor had any grey or typical character, the actress was mostly known for.

If Pran as the villain was known for portraying terror on the screen, the two vamps representing hate in Hindi cinema were Shashikala and Bindu, largely remembered for their cunning, negative portrayals in many hit films.

However, avoiding the familiar path, this is about an unusual, and lesser-talked-about film of Shashikala, in which she neither played a vamp nor had any grey or typical character, the actress was mostly known for. The film is Teen Bahuraniyan (1968), in which she plays herself – the role of a renowned Hindi film actress who shifts in a house next to the one wherein a joint family lives happily in their separate rooms and kitchens.

Presented by Gemini, it was an official remake of the superhit Tamil film Bama Vijayam (1967/Bama’s Visit) directed by K. Balachander. S. S. Vasan and S. S. Balan produced and directed the Hindi version, with the story credited to K. Balachandra, dialogues by Kishore Sahu, lyrics by Anand Bakshi, and music by Kalyanji Anandji, forming a fabulous team.

Interestingly, the roles of teen bahuraniyan in Hindi were enacted by the same actresses from the original Tamil film as Janaki, Kanchana, and Jayanthi - who get thrilled and excited knowing about their favourite film actress buying the house next door. Justifying his real-life image of a wise elder, Prithviraj Kapoor enacted the role of the patriarch (a retired teacher) witnessing the changing behaviour of his three sons and their wives because of a new neighbour. Agha, Ramesh Deo, and Rajendranath played the sons trying their best to influence the actress, and Dhumal, Kanhaiyalal, Lalita Pawar, and more contributed their bit in the supporting cast.

But above all, the film got brightened with the gracious presence of Shashikala, looking stunning in her role as Sheela Devi - a Hindi film diva. Accompanied by Jagdeep as her secretary, their scenes together thoughtfully dramatized the infamous trends of the film industry through many well-written references, highlighting the burden of fake glamour, forced advertisement contracts, the fear of income tax raids, and more. Though the film keeps focusing on the disrupted lives of the joint family due to the arrival of the actress as their neighbour, it still completely revolves around Shashikala, as she gets discussed and talked about in almost every single scene post the regular introductions. 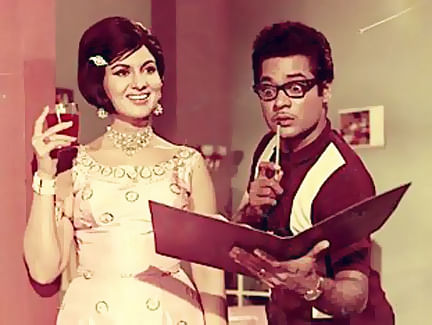 Teen Bahuraniyan also scores much above the routine family dramas of those times, as it strongly points towards the artificial society, in which ‘the other’s life’ always seems to be rosier and blessed in comparison, leading to all the unnecessary issues. As a result, the wise old man has to think of a courageous and unorthodox way to teach a lesson to his family members, and the film tries to convey the same to its viewers.

Sharing a few worth appreciating moments in its story progression, as the three sons and their wives try to portray a false image of themselves with all the new attires, jewellery, electronic gadgets and furniture bought on credit and instalments, the father tries to stop them from committing such blunder. Objecting to their father’s intrusion, the sons question him, “Do you know what is meant by Instalments, father?” To this, the wise old man replies, “Do you know what is meant by Insolvent, son?”

In an enjoyable song, Rajendranath imagines himself singing and dancing with Shashikala in different fantasy situations, looking at the pictures displayed in her home. In another sequence, a thief mistakenly enters her house but leaves after getting an autograph and gifting a Parker pen.

A significant film in the career of Shashikala, Teen Bahuraniyan also points towards the stature of the actress in that period, when the makers could have easily opted for a bigger star playing herself, adding a desirable commercial value to the project. But their bold and unusual choice of casting Shashikala instead conveys a lot about her presence in Hindi cinema and the confidence directors had in her abilities.

The film also deserves praise as a social entertainer, because the script never gets into any negative zone in terms of family relationships defying the obvious. Despite having their differences, the entire family remains strongly bonded and the inhabitants never think of hurting the other in any manner. That also remains the reason Teen Bahuraniyan stays relevant even after half a century of its release in the present millennium.

Supporting the fact, its official Marathi remake got released in 1990 and the most famous song of the film Aamdani Atthani Kharcha Rupaiya became the title of a Hindi film, over three decades later in 2001. So, if you haven’t seen Teen Bahuraniyan yet, then watch it this weekend as a befitting tribute to the talented Shashikala, playing herself on screen as ‘Sheela Devi’. 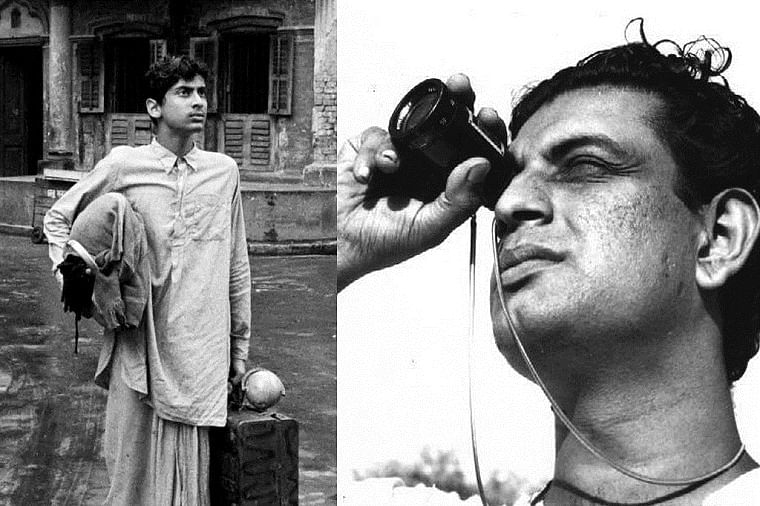