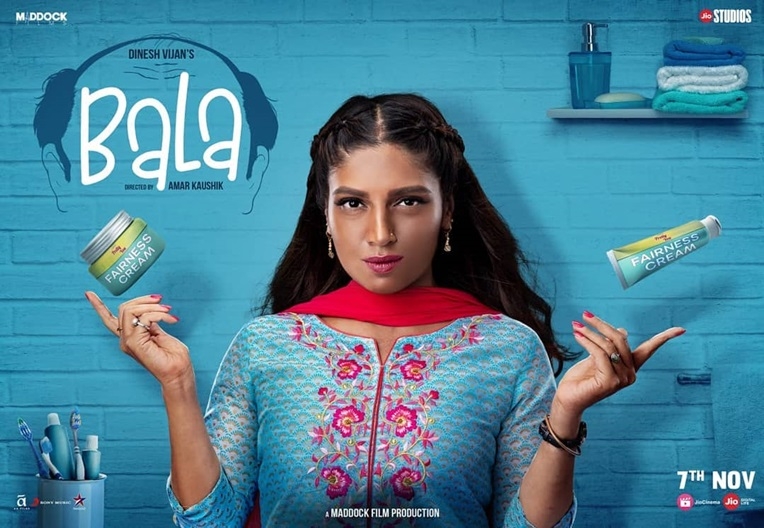 New Delhi: Bhumi Pednekar's dusky appearance in the upcoming film "Bala" met with a lot of online criticism when the film's trailer was launched. The actress says the film does not intend to make fun of dark skin. Rather, it tries to break the bias or obsession that people have with fair skin in India.

"See, that was the character. When people see the film they will understand that it is not making fun of colour. It is a film that is trying to break the basic bias or the obsession that people have with fair-skinned India," Bhumi told IANS here.

"I have been reading up all the articles and, again, it comes down to the same thing that started the ageism debate over 'Saand Ki Aankh'. I don't think there is a right or a wrong. As an actor I am doing my duty. I am an actor so that I can play different characters. If that doesn't happen, I won't exist," she said, adding: "For instance, if that doesn't happen, in 'Dum Laga Ke Haisha' it shouldn't have been me because I had to gain 30 kilos for the film. It should have been somebody else playing the role," she added.

Bhumi had gained 30 kilos for her debut film "Dum Laga Ke Haisha", just as she went through a complex prosthetic process for her role of one of India's two oldest sharpshooters in her new film, "Saand Ki Aankh".

"All my films are different and in all my films I look different. I am very clear. Even if I have to play a man I will do it. I'll do whatever it takes," she said.

Bhumi stressed: "It's my director's prerogative. If he comes to me with an interesting part, why will I not do it?"