Helmed by director Anshuman Chaturvedi and produced by Rahul Datta, Haldi is set to release on October 15 on Hotstar

Short film Haldi, starring Bigg Boss fame Arti Singh, alongside actress Neelu Dogra of Bhagya Laxmi fame and actor Arsh Sehrawat, is touted to be a story of a girl who has been molested by her cousin.

Helmed by director Anshuman Chaturvedi and produced by Rahul Datta, Haldi is set to release on October 15 on Hotstar.

Arti who has been part of several television shows opens up about her role in the short film. She states, "It is about a girl who has been molested by her cousin and her aunt is also not ready to accept. Finally, she takes a stand for herself. The story made me take this role. And this issue is faced by so many people but they are not able to take a stand. And the way the producer and director narrated, I had confidence that they will do justice to the story." Thodi Thodi Si Manmaaniyan actor Arsh Sehrawat shares about his role. "From my character's perspective, he is a good friend but wants more from the relationship even though he knows his friend is not into him. He is hopeful and gets a moment to play his cards in the film. I liked the complexities that I tackled as the character in the film. The character was very relatable and so many other elements of the story made it exciting as a setting to play in," he said.

Lastly, actress Neelu Dogra, known for TV show Daayan and other web shows, reveals what prompted her to be a part of Haldi. She tells, "It's a negative role which prompted me to do it as I have never done a negative character before. I always found negative character to have much more scope to play with. So it was a very interesting experience to do something like this. The story deals with abuse which happens in the so called secure environment of one's home. It could be in any form mental, physical, emotional. And how it can play havoc in the victim's life." 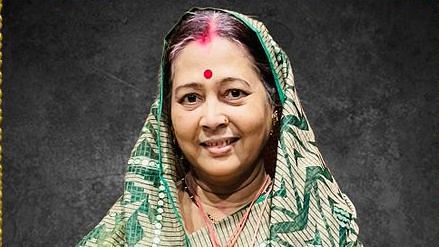