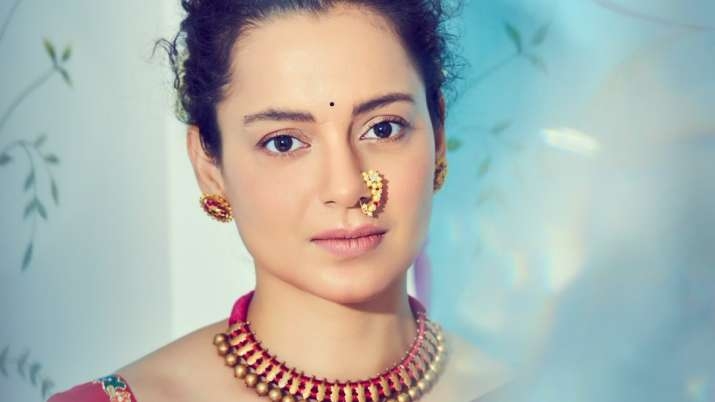 Kangana Ranaut has stirred a hornet’s nest with her remarks in a TV show that India got its freedom in 2014 when PM Modi came to power. As regards what Nehru described as ‘India’s tryst with destiny’, she is convinced what was wrested from the colonial masters in 1947, after a long-drawn struggle by freedom fighters, was ‘bheekh’ or ‘charity’.

The “Manikarnika” actor, known for her penchant for making provocative and often inflammatory statements, found herself in the eye of a storm yet again.

The Aam Aadmi Party lost no time in petitioning the Mumbai Police demanding that a case be registered against her for "seditious and inflammatory" comments.

Politicians of all hues, including BJP MP Varun Gandhi, reacted with outrage on social media. Slamming her, Varun tweeted in Hindi, "Insulting the sacrifice of Mahatma Gandhi sometimes, praising his killer at other times, and now the disdain for the sacrifices of Mangal Pandey, Rani Laxmibai, Bhagat Singh, Chandrashekhar Azad, Netaji Subhash Chandra Bose and lakhs of freedom fighters. Should I call this mind-set madness or treason?"

"It (her utterance) is an anti-national act and must be called out as such. To not to do so would be a betrayal of all those who shed blood so that today we may stand tall and free as a nation," Gandhi said, warming up to his theme.

AAP leader Preeti Sharma Menon said actor should also be charged under section 504 of the IPC – causing “an intentional insult with intent to provoke breach of the peace.” She sees in the statements a desire to create "public mischief."

Targeting the Congress party, Kangana also said at the show, "If we get freedom as 'bheek', is it even freedom? What the British left behind is the Congress... The party was an extension of the British....”

Incidentally, Ranaut was awarded a Padma Shri earlier this week.

The dormant Congress reacted sharply. "This statement is an insult to our freedom fighters who sacrificed their lives for India's Independence. Shame on you Kangana!" said Congress' Salman Nizami.

Gaurav Pandhi, the Congress' digital communications and social media coordinator, said the RSS could never accept the fact that their British masters were driven out in 1947.

"...Their slavery knew no bounds. No wonder they didn't hoist the Tricolour for half a century. The return of slavery in 2014 was their 'independence'. Kangana Ranaut is just one of them."

Shiv Sena leader Priyanka Chaturvedi likened Ranaut's remarks to those of another BJP member who recently claimed that India has been given freedom as lease for 99 years.

Chaturvedi said, "New Ruchi Pathak on the block. From 99 years lease to ‘bheek main mili azaadi’. All the blood, sweat and ‘balidan’ (sacrifice) of our freedom fighters, including Jhansi ki Rani, dismissed to please the master! The WhatsApp history fans."

Ranaut may not be on Twitter but her name was trending with many, including historian S Irfan Habib, who interjected with their views. ‘‘Shamelessness is abysmal," Habib wrote.

Actor Swara Bhasker, who also shared the video clip on her Twitter page, wondered about those who were heard clapping at Ranaut's comments.

"Who are the idiots who are clapping is what I want to know," wrote Bhasker, who has worked with Ranaut in the "Tanu Weds Manu" series and is of late a critic of the actor.

Others, too, were furious, some questioning her recent Padma Shri award. "Will we now start celebrating a new Independence Day?" asked filmmaker Onir.

Without naming the actor, badminton player Jwala Gutta wrote, "What do you call a person who only spews venom when she/he opens their mouth? Just curious!!"

Lawyer Aman Wadud said it was a well thought out statement from the actor. "Ground being prepared to attack the Constitution. Well-thought-out statement, don't make the mistake to read this in isolation."

Stand-up comic Kunal Kamra, a vocal critic of the government, put out this one-line post on Twitter, "Kangana is right India did get independence from common sense & rational thinking in 2014."